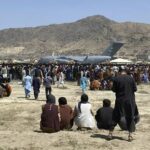 US Has No Evacuation Plan for Americans Outside Kabul Beyond ‘Shelter in Place’ Order, Media Claims 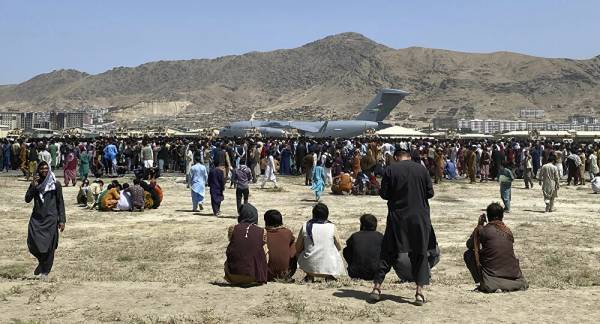 While the White House said the Taliban group had pledged to provide safe passage for civilians to the airport in Kabul, time is running out to remove vulnerable Americans and Afghans ahead of President Joe Biden’s 31 August deadline for the military mission.

While thousands of US troops have been flown into Kabul to assist evacuation efforts after Taliban seized control of the country, Washington has no official plans in place for evacuating Americans who are located outside its capital, reported The Washington Post.

Senate staffers have reportedly not been provided by officials from the US State and Defense Departments with any clear communication on how to extricate those Americans through Taliban checkpoints outside Kabul, according to cited sources. American citizens looking to leave Afghanistan were instructed by the State Department on Tuesday to “shelter in place” until further notice from the US Embassy.

On Sunday, staffers from Sen. Tom Cotton’s office set up a hotline for Americans stranded in Afghanistan, with several hundred individuals purportedly reaching out, including a number of US citizens, in less than 24 hours.

“The situation is dire, but we’ll do everything in our power to help keep you informed and to help get you out,” said Cotton, R-Ark., in a statement.

​According to a former State Department contractor, cited by Fox News, Taliban fighters have also established checkpoints throughout Kabul and around the airport. Some have been “beating” people making their way to the airport, claimed the source.

There is no precise number given of Americans currently outside Kabul. According to the outlet, up to 15,000 may still be in Afghanistan.

At a news briefing on Tuesday, Jake Sullivan, President Biden’s national security adviser, told reporters that the Taliban Islamist group had offered to provide “safe passage of civilians to the airport,” adding that Washington intended to “hold them to that commitment.”

Earlier, chaotic scenes unfolded in the wake of Taliban’s seizure of Kabul. Thousands of Afghans rushed to Hamid Karzai International Airport and swarmed the runway. Posted footage showed people crowding around planes or clinging to an aircraft as it took off.

After a break, evacuation flights resumed at the airport on Tuesday, with Sullivan saying that the airfield has been secured. Amid a ramped up airlifting of evacuees, military cargo planes are anticipated to accommodate around 300 people each.

Commenting on reports of people ostensibly being beaten or deterred in other ways from crossing checkpoints leading to the airport, President Biden’s national security adviser said:

White House spokeswoman Jan Psaki said there are about 11,000 people in Afghanistan who have identified themselves as Americans.

Psaki emphasized that priority was being given to evacuation of US citizens, embassy staff and their families, Afghan staff that had been employed by foreign forces and holders of and applicants for Special Immigrant Visas (SIVs). The latter are available to interpreters and other individuals who assisted the United States in Afghanistan.

Army Maj. Gen. William Taylor was cited by Politico as saying at a Pentagon news briefing that the airport in Kabul was “currently open for military flight operations as well as limited commercial flight operations.”

It was reported that seven Boeing C-17 Globemaster III planes departed the airport carrying a total of roughly 800 passengers, of which 165 were American citizens. The others were either Special Immigrant Visa applicants or third country nationals.

Over the next 24 hours, “the speed of evacuation will pick up, said Army Maj. Gen. William Taylor, adding:

Meanwhile the August 31 deadline set by President Joe Biden to end the military mission in Afghanistan is fast approaching. Pentagon spokesperson John Kirby deflected questions of whether the United States had reached an agreement with the Taliban to allow the evacuations to continue until the end of the month.

*The Taliban, al-Qaeda are terrorist organisations banned in Russia and many other nations.