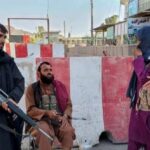 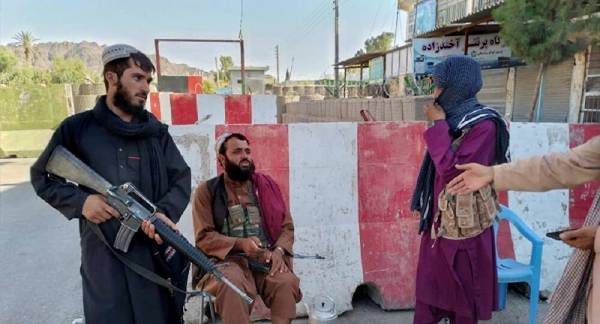 London beefed up its military presence in Kabul last week to facilitate the evacuation of British citizens and Afghans who worked for Britain during the NATO occupation. Prime Minister Johnson admitted that there was little the UK and others could do in Afghanistan “without American logistics, without US airpower and without American might”.

The head of Britain’s armed forces has offered strong praise to the Taliban* for “cooperating” with British troops, and suggested that the jihadi militia today aren’t what they used to be.

“We are cooperating with the Taliban on the ground and that seems to be a very straightforward relationship,” Gen. Nick Carter, Chief of the UK’s Defence Staff, said, speaking to Sky News on Wednesday.

Asked to comment on how he feels about collaborating with the British military’s erstwhile enemies despite their past attacks on British military personnel over the years, Carter suggested that “you have to be very careful using the word ‘enemy’. I think people need to understand who the Taliban actually are. And of course what they are is a disparate collection of tribespeople. As [former Afghan President Hamid] Karzai put it to me yesterday, they’re country boys.”

The officer assured that the Taliban doesn’t want to become “international pariahs” and said he felt that the group “have changed.”

Asked about the fate of women under Taliban rule, Carter suggested that “we have to wait and see,” and encouraged people to “listen to what they’re saying at the moment,” and to “listen to the facts on the ground,” i.e. Taliban control of the country.

In recent weeks, Taliban delegations abroad have given assurances that they would respect women’s rights “within the Sharia law framework,” including access to jobs and education. However, on the ground in some regions, media have reported new restrictions, including orders that women “cover themselves from head to toe” outside, and not to venture out unless accompanied by a “male relative.” The last time that the Taliban ran large swathes Afghanistan in the 1990s, it implemented one of the most draconian interpretations of Sharia law, prohibiting girls and women from going to school or working outside the home and flogging or stoning women to death for ‘crimes’ ranging from adultery to wearing tight clothes.

The officer urged London to “be patient” and to give the Taliban “the space to show how they are going to step up to the plate; whether or not we can work with them will very much depend upon how they treat all Afghans.”

Carter’s comments to Sky News are a marked break from sentiments he expressed earlier this year. In April, the commander criticized US President Joe Biden over his decision to pull remaining US troops out of Afghanistan, saying the pullout was “not a decision we hoped for.”

Carter briefly commanded US-led coalition forces in southern Afghanistan between 2009-2010, where he was criticized for his alleged “gross lack of concern for subordinates.”

Over 100,000 British troops have served in Afghanistan over the past two decades, with their deployment the largest after the United States. 453 British service personnel have died in the country during that time, with roughly 2,000 more injured. In the wake of the West’s retreat from the country, family members of dead and injured soldiers have expressed fears that their relatives died “for nothing.”

On Wednesday, in an address to the House of Commons’ emergency debate on the crisis in Afghanistan, Prime Minister Boris Johnson lamented that the West could not continue a mission in Afghanistan without “American might” behind them.

Britain completed the withdrawal of nearly all of its forces from Afghanistan in July, but hundreds have been sent back into the country in recent days to assist in the evacuation of British nationals and Afghans who assisted UK forces during their nineteen-year occupation, with the UK contingent now estimated to number about 900 troops.

In his comments Wednesday, Johnson said that 306 Britons have been evacuated from the country, with 2,052 Afghan nationals also airlifted out. The UK plans to take in as many as 20,000 Afghans in the coming years, including up to 5,000 in the current year.

Earlier this week, British Defence Secretary Ben Wallace told media that the Taliban had provided him assurances that Britons and Afghans wishing to leave the country would be free to do so. In separate comments Monday, Wallace said that he “acknowledges” that the Taliban are in control of the country, and that the UK would not be going back to Afghanistan. His remarks stand at odds with a statement he made last week, in which he warned that UK troops might return to Afghanistan if al-Qaeda* reemerged as a threat to British national security.

Previous : US Has No Evacuation Plan for Americans Outside Kabul Beyond ‘Shelter in Place’ Order, Media Claims
Next : Ex-Congress Leader Sushmita Dev: Indian Opposition Must Unite to Bring About Changes Country Needs