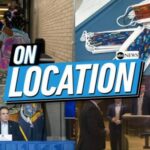 EXPLAINER: What the $65B broadband service plan will do 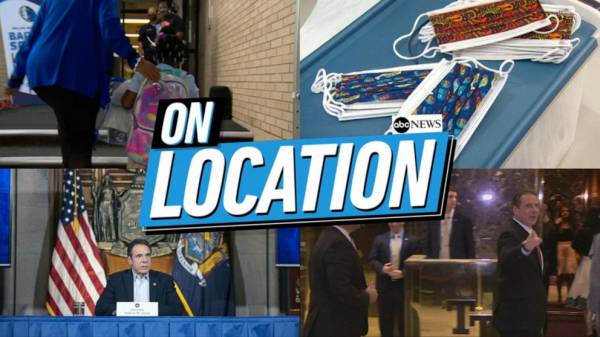 The Senate’s $1 trillion bipartisan infrastructure plan includes a $65 billion investment in broadband that the White House says will “deliver reliable, affordable, high-speed internet to every household.”

It may not actually achieve that, but it’s a major step in that direction. The broadband funding is a “great down payment” on the Biden administration’s far-reaching goals of connecting all Americans and making internet more affordable, said Matt Wood, a broadband policy expert at the consumer advocacy group Free Press. Critically important is $14 billion aimed at helping low-income Americans pay for service.

The “digital divide” — the persistent U.S. gap between the broadband haves and have-nots — became glaringly obvious during the pandemic as school, work and health care shifted online. Tens of millions either don’t have internet access or, if they do have access to a local phone or cable company, can’t afford to pay for it.

More radical industry changes laid out in the Biden administration’s original $100 billion plan, like promoting alternatives to the dominant phone and cable industries and hinting at price regulation, didn’t survive bipartisan negotiations over a bill that had to attract Republican support. Among the bill’s big winners, in fact, are those same internet service providers.

The Senate passed the $1 trillion infrastructure bill Tuesday, 69-30, with support from both Democrats and Republicans. The House is expected to consider it in September.

The Federal Communications Commission says about 14 million Americans don’t have access to broadband at the speeds necessary to work and study online — 25 megabits per second downloads and 3 mbps uploads — but acknowledges that its maps are faulty. Outside groups have made higher estimates.

Phone and cable companies don’t have incentives to build internet infrastructure in rural areas, where customers are sparser and they may not make their money back. That’s traditionally where government subsidies to the industry have come into play: About $47 billion to rural internet from 2009 through 2017, and an additional $20 billion for rural broadband over the next decade and another $9 billion for high-speed wireless internet called 5G in sparsely populated regions.

But there are also tens of millions of people today who have access to the internet and just don’t sign up, most often because they can’t afford it, in both cities and remote areas. The National Urban League estimates that number at 30 million households.

The Senate bill would provide about $14 billion toward a $30 monthly benefit that helps low-income people pay for internet, extending a pandemic-era emergency program.

“What makes this historic is the focus on affordability,” said Jenna Leventoff of Public Knowledge, which advocates for more funding for broadband. The bill, should it become law, is “going to help a lot of people that were otherwise unable to connect.”

An existing program, known as Lifeline, aimed to help solve this affordability issue before. But it only provides $9.25 a month, which doesn’t go far for internet plans. It has also been a target of Republicans, who say it has fraud and abuse problems.

Industry groups have also advocated for a permanent broadband benefit. Broadband companies, if they choose to participate, will gain additional customers. The program is “a plus for all ISPs,” said Evercore ISI analyst Vijay Jayant.

The legislation directs the FCC to create rules intended to protect consumers from companies that could push them to sign up for more expensive services in connection with the benefit and against other “unjust and unreasonable” practices.

The bill provides about $42 billion in grants to states, who in turn will funnel it to ISPs to expand networks where people don’t have good internet service. Companies that take this money will have to offer a low-cost service option. Government regulators will approve the price of that service.

The bill requires that internet projects come with minimum speeds of 100 mbps down/20 up, a big step up from current requirements. But some advocates are concerned that it’s still too slow, and argue that the federal government may have to spend big again down the line to rebuild networks that aren’t up to par for future needs.

Cable companies are also happy that the funding is primarily dedicated to areas that don’t currently have broadband service. Some advocates had hoped the government would step in and fund competition to cable so that people had more choices. Others saw that as wasteful.

The Biden administration’s initial plan promised to promote local government networks, cooperatives and nonprofits as alternatives to for-profit phone and cable companies. Under the Senate’s plan now, such groups aren’t prioritized, but they can still get money from states for networks. The telecom industry has lobbied against municipal networks; about 20 states restrict them.

Senate negotiators also left loopholes in language around an attempt to end what’s known as “digital redlining” — when telecom companies provide upgraded internet service in wealthier parts of town but leave others without good service. The bill says the FCC must create rules to stop this practice, “insofar as technically and economically feasible.” But the whole reason telecoms leave some areas with subpar service is because those neighborhoods are not as profitable, said Leventoff.

How strong these requirements are will depend on what the FCC does. The agency, however, is hamstrung. The White House has not nominated a permanent chair and the FCC is missing a third Democratic commissioner that would allow it to take on controversial items.

Still, industry groups and proponents of expanding internet access both say the legislation should help get more people online.

“This bill will not increase choice and lower prices for everyone. But that’s not the right measure,” Wood said. “It will make real, high-speed internet far more affordable for millions of people who today cannot afford it, and it will make faster networks available to millions more. That’s a big deal.”