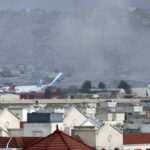 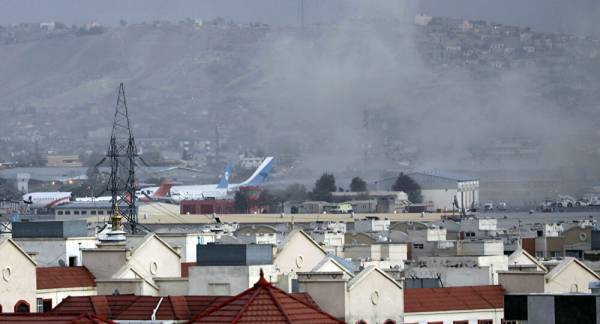 The United States has conducted a drone strike against Daesh*-Khorasan targets in retaliation for a suicide bomber attack that killed 13 US troops and over 170 civilians near Kabul Airport on Thursday.

The US should’ve warned the Taliban* of an upcoming airstrike on Daesh-Khorasan targets, Reuters cited Zabihullah Mujahid, a spokesman for the group, as saying on Saturday.

According to Reuters, Mujahid said the airstrikes were a “clear attack” on Afghan territory that killed two people and injured two women and a child.

The news agency said Mujahid added that the Taliban expects to take full control of Kabul Airport once US forces leave, and would announce a full cabinet in the coming days.

The statement came shortly after the Pentagon confirmed that the drone strike had killed two high-profile Daesh-K targets and injured another.

According to Major General William Taylor, deputy director of the Joint Staff for Regional Operations, no civilians were wounded in the strike.

At the same time, the Pentagon declined to say if the people targeted in the Friday strike were directly involved in the suicide bombing at Kabul Airport on Thursday.

“It was a single mission to get these targets and as the assessments and information flowed over time, we were able to recognize that another was killed as well and one wounded. They were ISIS-K planners and facilitators. That’s enough reason there alone. I won’t speak to the details of these individuals and what their specific roles might be,” Pentagon Spokesperson John Kirby said.

A US defence official told CNN that one of the individuals was thought to be “associated with potential future attacks at the airport.”

On Friday, the United States launched a drone strike in Afghanistan, killing a Daesh-K “planner,” after the group claimed the deadly bombing outside Kabul Airport which killed 13 US service members and some 170 Afghans. According to the US Central Command, the airstrike took place in Nangarhar province, east of Kabul and bordering Pakistan.

Meanwhile, the US Embassy in Kabul has once again warned Americans to avoid the airport because of persistent security threats.

The US and its allies have been in a race against time as they struggle to evacuate their citizens and allied Afghans, and to withdraw troops from Afghanistan by the 31 August deadline set by President Joe Biden, who has rejected calls to extend the deadline following a stark warning from the Taliban.