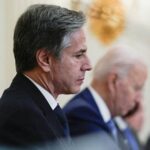 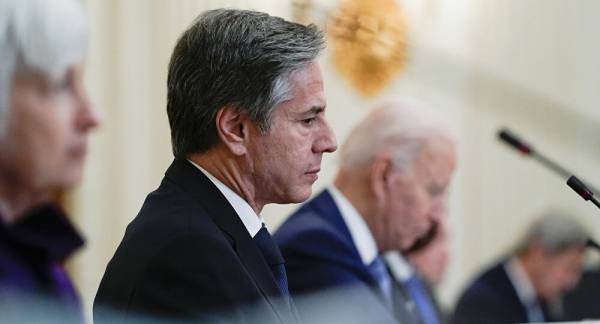 Conflicting reports coming from Afghanistan allege that American citizens and green card holders are stuck at the Mazar-i-Sharif airstrip. How could a new evacuation debacle affect the Biden administration, as it is already subject to criticism from both sides of the political aisle over last month’s Afghan withdrawal?

On 5 September, CBS News reported that a number of planes ready to take between 600 and 1,200 people, including American citizens and green card holders, out of Afghanistan are being denied permission to take off by the Taliban*.

The same day, Reuters suggested that the delay was caused by US State Department officials who were not telling the Taliban that they had approved the departures of six flights. “If one life is lost as a result of this, the blood is on the White House’s hands,” a person said to be a rescue flight organizer allegedly told Fox News. A private evacuation firm, PlanB, pointed its finger at the US State Department as the major stumbling block in the way of rescue missions to bring stranded Americans home.

According to Scholz, it’s “unconscionable that the Biden State Department continues to slow walk this process.” According to the GOP strategist, once 31 August passed, the Biden administration lost sight of continuing to evacuate Americans and their Afghan allies left behind in the country after a hasty withdrawal.

There is more to the unfolding situation than meets the eye, suggested Timothy Hagle, a political science professor at the University of Iowa.

Hagle does not rule out that the State Department could be refusing to grant permission for the flights. There are several reasons for that proposed possibility, according to the academic. First, the problem is that the US no longer has a presence in Afghanistan to enforce its will and now must rely on the Taliban.

Second, “as much as these flights are organised by a private rescue group there may be no guarantee that all the people on such flights have been vetted to ensure, at least as much as possible, that they are legitimate evacuees and not potential terrorists,” Hagle points out.

Rep. Michael McCaul (R-TX) suggested that the Taliban “want something in exchange” even though the State Department reportedly cleared the flights to depart, according to the Washington Free Beacon. The media outlet wrote that “McCaul has been tracking the situation and says the State Department cleared these flights to leave, but that the Taliban is responsible for stopping them.” The Taliban has not confirmed that it has anything to do with preventing private charter aircraft from departing.

The controversy with private rescue missions in Afghanistan will backfire on the Biden administration and the Democrats during the upcoming midterms, according to some Republican observers.

Democrat odds of winning both chambers of the US Congress in 2022 appeared to have dipped even before the Afghanistan debacle, according to Hagle.

“The party that didn’t win the presidency usually does well in the midterm elections,” Hagle offered, adding that, “for the 2022 election, that means Republicans should do well. Given how evenly divided both the US House and Senate are, it’s very possible Republicans could take control of both chambers.”

If the GOP takes the US Congress, the Republicans are likely to kick off investigations into the Afghanistan exit “which would keep the issue alive for the 2024 presidential election,” the professor opines.

*The Taliban is a terrorist organisation banned in Russia and many other countries.