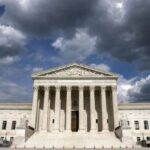 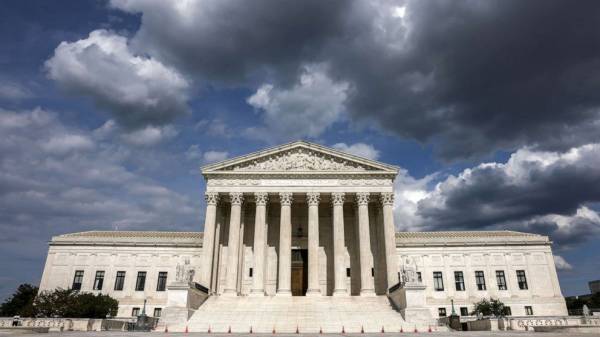 The most restrictive abortion law in the nation took effect in Texas early Wednesday, effectively barring the procedure across the state, as the U.S. Supreme Court remained silent on an emergency request from women’s health groups to block the measure while legal challenges continue.

Texas becomes the first and only state in the country to outlaw abortions after about six weeks of pregnancy. Twelve other states have passed similar early-term bans that have not yet taken effect due to legal challenges.

“We could still get a decision [from the Supreme Court] later today or in the coming days,” said Marc Hearron, senior counsel with the Center for Reproductive Rights. “We will keep fighting. We are not giving up.”

Abortion providers across Texas had said the measure would “immediately and catastrophically” prevent care for “at least 85%” of Texas abortion patients. Several clinics reported full waiting rooms up until the midnight deadline.

Jay Janner/American-Statesman via USA Today NetworkWomen protest against the six-week abortion ban at the Capitol on Sept. 1, 2021, in Austin, Texas.

Most of the abortions performed nationwide are after 6 weeks of pregnancy; staff at several Texas clinics have said they plan to start turning away patients Wednesday and referring them to sister facilities in other states.

“We’re offering ultrasounds to women… if there is no fetal cardiac activity, we’re able to prepare them for abortions,” said Amy Hagstrom Miller, CEO of Whole Women’s Health, which said all the group’s clinics remain open today and seeing patients. “We can only provide abortions for about 10% of the people than we could yesterday.”

Vanessa Rodriguez, call center manager for Planned Parenthood of Greater Texas, said all 24 of the group’s health centers remain open providing consultations and other services, including abortions earlier than six weeks in compliance with the law.

“Many Texans right now within the state will have to travel hundreds of miles to get to their closest abortion facility,” Rodriguez said. “Most Texans won’t be able to travel,” she added. “We know how much harder all of this becomes when the patient is lower income or undocumented.”

The law, Senate Bill 8, says “a physician may not knowingly perform or induce an abortion … if the physician detects a fetal heartbeat,” including embryonic cardiac activity, that can be observed as early as six weeks into a pregnancy.

In an unusual twist, the law expressly prohibits the state from enforcing the ban, instead authorizing private citizens to bring civil suits against anyone who “aids or abets” an abortion — but not the patient herself.

“It actively encourages private individuals to act as bounty hunters by awarding them at least $10,000 if they are successful,” the American Civil Liberties Union said in a statement.

The enforcement mechanism has complicated the legal dispute before the Supreme Court, because it is not clear who might bring a lawsuit and how widespread private legal action might be.

The abortion providers “have not shown they’ll be harmed by a bill that may never be enforced against them by anyone, much less the government,” a group of Texas state officials defending the law wrote in a filing with the Supreme Court late Tuesday.

The court has only been asked at this stage to decide whether or not to issue a temporary injunction on S.B. 8 while lower-level court proceedings continue. Whatever the decision, legal experts cautioned that it will not have direct bearing on the precedent in Roe v Wade or abortion rights more broadly across the country.

The justices are likely to weigh in on the matter but do not operate on a fixed timeline.

“The abortion industry is using their last, desperate option in an attempt to block the life-saving Texas Heartbeat Act,” said John Seago, legislative director of Texas Right to Life, an anti-abortion rights group. “This anti-Life lawsuit is invalid.”

“This is an historic moment in the fight to protect women and children from abortion,” said Marjorie Dannenfelser, president of the Susan B. Anthony List, a group opposing abortion rights. “We’re excited to see the [Texas] Heartbeat Act save lives starting today.”

“The Texas law will significantly impair women’s access to the health care they need, particularly for communities of color and individuals with low incomes,” he said. “And, outrageously, it deputizes private citizens to bring lawsuits against anyone who they believe has helped another person get an abortion, which might even include family members, health care workers, front desk staff at a health care clinic, or strangers with no connection to the individual.”

“Patients will have to travel out of state – in the middle of a pandemic – to receive constitutionally guaranteed healthcare,” said Nancy Northup, president and CEO of the Center for Reproductive Rights, which is leading the challenges to Texas’ law. “And many will not have the means to do so. It’s cruel, unconscionable, and unlawful.”