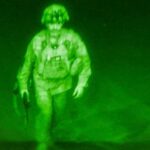 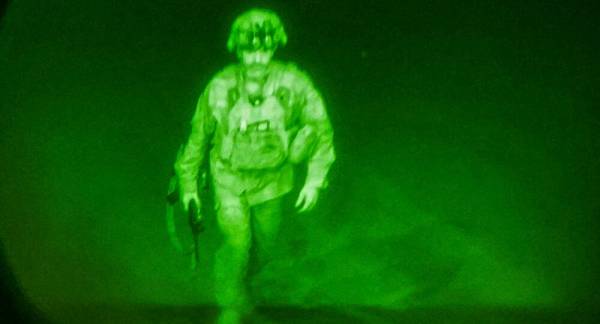 When the US entered Afghanistan in 2001, the Taliban* had control of the government. While US forces were able to quickly oust the Islamist group, they were unable to quash their hold over the Afghan countryside. Now, as the US leaves, the Taliban are set to reclaim Afghanistan once again.

The last remaining US forces in Afghanistan could only describe the scenes surrounding their departure as “apocalyptic.”

The final US Air Force crew in Afghanistan contended with a rapidly approaching Taliban and a lack of the technological and logistical support that usually defines the American military.

As the US executed evacuations out of Kabul, pilots had the support of air traffic control and a network of lookouts tasked with preventing attacks. By their final night in Kabul, US forces had dwindled to the point that civilians were able to breach the perimeter in an attempt to board the aircraft.

However, the approach of the Taliban and lack of support hardly fazed the Air Force’s 816th Expeditionary Airlift Squadron as they went through their checklists and took off without suffering any injuries or casualties.

Air Force Lt. Col. Braden Coleman, the same man who described the departure as “apocalyptic,” was able to take pride in what he had accomplished in his final weeks in Afghanistan.

After 20 years of trying to thwart the Taliban, they once again control Afghani politics. For Lt. Col. Braden Coleman and the US armed forces, it seems silver linings are all that remain of their time in Afghanistan.

The US exit and subsequent evacuation from Afghanistan has divided the nation and seen President Joe Biden’s popularity suffer tremendously. While the 124,000 people evacuated have been a point of pride for those on the ground, between 200 and 100 Americans, according to Secretary of State Antony Blinken, remain in the country along with countless Afghans who aided the US during their occupation. Now, those who wish to leave the country are at the mercy of the Taliban. The Biden administration is hoping that international pressure will protect those looking to leave the country from Taliban retribution.

Previous : Breaking Bad: Eswatini Grandmothers Resort to Growing Cannabis to Feed Their Orphaned Grandchildren
Next : India’s Cooperation With Russia in Healthcare is Step Forward for Delhi – Head of FICCI