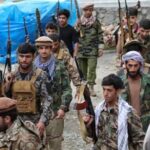 ‘Our Life is On Hold, No Certainty About Anything’: Afghans Live in Fear as Taliban Targets Panjshir 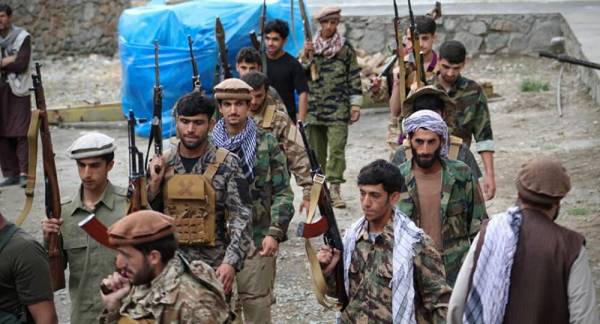 Nearly 16,000 students from Afghanistan are believed to be studying in India at present, pursuing higher education courses from universities around the country. The turbulence back home, as they watch the Taliban* gain control of the country, has plunged their future into uncertainty as they fear for their families’ security and safety.

Panjshir Province, which lies in the north-eastern part of Afghanistan, is one of the few parts of the country not to have fallen to the Taliban as it witnesses an uprising by the National Resistance Front against the Taliban.

There are reports that the Taliban is negotiating with the National Resistance Front – led by Ahmad Massoud, son of legendary commander Ahmad Shah Massoud who spearheaded the fight against the Taliban and foreign forces back in the Eighties – for a ‘settlement’ to avoid bloodshed, and that Amrullah Saleh, the self-proclaimed caretaker president of Afghanistan, said Panjshir valley had been targeted by the terrorists. Saleh, who also comes from Panjshir and served as first vice-president to Ashraf Ghani, the fugitive president of Afghanistan, declared himself president after Ghani fled as soon as the Taliban captured Kabul.

Ground reports indicate that youngsters in Panjshir province are prepared to fight the Taliban “if talks fail”.

Habib added: “People are ready to fight the Taliban in Panjshir – we are not scared of them. Panjshir never bowed to any force in its history, not the Taliban, the US or the Soviet Union. Massoud’s fight is not for power. His fight is for ideals – he rejects the brutality of Taliban, calls for female equality, female rights, and he abhors corruption in any form.”

Stressing that it is Ahmad Massoud and not Amrullah Saleh who is seen as the true force behind the resistance in Panjshir, Habib said: “Saleh is merely a part of the resistance movement. It is for Massoud that we fight.”

Habib’s brother Abdul Hadi Sharifi is a student pursuing a doctorate in Management from Punjabi University in the northern Indian city of Patiala. Abdul is among the 40 students from Afghanistan who are studying at the University and is the second oldest of his 10 siblings.

A large number of students, who hail from Panjshir province, look on in alarm as their homeland becomes the centre of struggle against Taliban.

“We are spending sleepless nights here as we desperately look for news updates about conditions back home,” said Hadi.

Afghan students in India are in constant fear for the safety of their family amid reports from Afghanistan that house-to-house searches are being conducted to hunt down former government employees or those who helped foreign forces.

“The way an entire government has been handed over to the Taliban, without a fight, makes us feel strongly that this entire Taliban operation was planned with the connivance of the government. And now the Taliban have the country’s entire database, biometrics, and every single detail of every single person with them,” he added.

A month before the Taliban launched its offensive, government employees stopped being paid, says Zahid Aria, who is studying for a doctorate in Defence Studies from Panjab University in the Union Territory of Chandigarh.

“The Taliban is running house searches looking for people who helped the government. Women are not daring to go outside their home and are living in fear. Those who had jobs have lost them. A friend who worked as a journalist in a government-run news agency was stopped from entering her work place by Taliban fighters and asked to go home.”

For the man on the street in Afghanistan, financial constraints are the biggest worry right now, he adds.

“People are running out of money at home. Banks closed days before the Taliban seized power. Credit services have been stalled. Though self-employed people who own shops and small-time businesses are running, for thousands of former government employees, the financial situation is grim especially as they have not been paid for the past month,” Ahmed says.

“One of my sisters had a government job before the Taliban came to power. Now she is jobless. All women who worked are certain that they will not now be able to get back to work,” he added.

Aside from financial woes, people are unable to get their mobile recharged and connect with relatives. Communications have been severely hit in Afghanistan after the political turmoil unfolded.

“I have not been able to talk to my family for the past four days. No one has been able to get out of the house. Prepaid mobile phone recharge services have been suspended. Internet connection is also very unsteady and unreliable,” said Zaheer, another Afghan student at Panjab University.

Since communication with one’s nearest and dearest back home has been disrupted, Afghan students are now relying on each other to find out how each others’ families are faring during the crisis.

The Afghan students studying in India also face an uncertain future. “My student visa is about to expire. I had hoped to go back to my country and join government service. But now everything is plunged into chaos. There is no government, no job, no future prospects. Our life is on hold,” said Ahmed.

With Panjshir developing into the home of resistance against the Taliban, Afghan students belonging to the province are clinging to hopes that the people of Panjshir, led by Ahmad Massoud, will win against the insurgents.