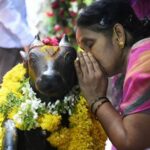 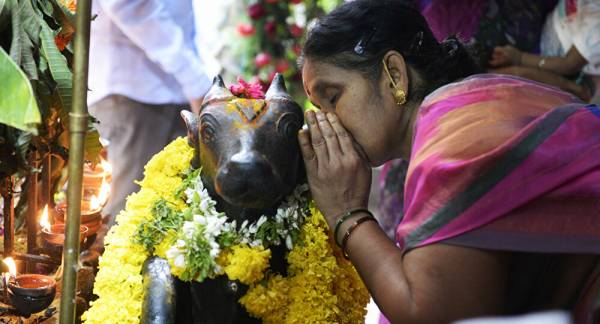 According to the Bharatiya Janata Party (BJP), which is in opposition in the southern Indian state of Andhra Pradesh, more than 22 cases of temple vandalism and idol stealing have taken place in the State over the last two years.

The theft of a 9th century stone idol of “Nandeeshwara” from Lord Golingeswara Swami Temple in the Indian state of Andhra Pradesh has sparked a political row.

The State’s ruling Yuvajana Sramika Rythu Congress Party (YSRCP) is now facing a backlash from the opposition Bharatiya Janata Party (BJP) over the occurrence of such incidents in the State.

The idol of Lord Shiva’s bull “Nandeeshwara” dated back to the Chalukya dynasty, which ruled large parts of southern and central India between the 6th and the 12th centuries.

A police complaint has been filed into the matter.

“The incident was reported on 8 August. A detailed probe into the matter is ongoing. We are also verifying the CCTV footage and other evidence found inside the temple,” said Police Officer P. Vasu from the Bikkavolu area of the East Godavari District, where the temple is located.

Meanwhile, the Archaeological Department of India, responsible for archaeological research and the conservation and preservation of cultural monuments, has also intervened in the matter.

The missing idol has prompted the opposition BJP to target the ruling YSRCP-led government over multiple cases of theft and vandalism at temples.

Last December, a 400-year-old idol of Lord Rama in Ramatheertham Village in the State’s Vizianagaram District was found desecrated.

In September, a 100-year-old chariot at the Antarvedi Lakshmi Narasimha Temple in the State’s East Godavari district was burnt. In the same month, another Hindu God’s idol installed in a Shiva Temple in Chittoor District was found damaged.

Previous : Leaders, activists alarmed, not surprised by climate report
Next : Cuomo Reportedly Refused to Hire a Woman ‘Not Pretty Enough’ When Working in Bill Clinton Admin