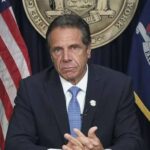 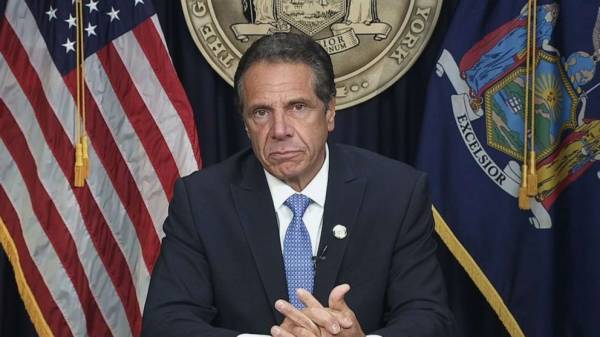 The New York State Assembly is suspending its impeachment investigation into Gov. Andrew Cuomo in the wake of his resignation announcement, officials announced Friday.

Assembly Speaker Carl Heastie said the results of their probe into sexual harassment allegations and other conduct in office “could likely have resulted in articles of impeachment had he not resigned.”

Office of the Governor of New YorkGovernor Andrew Cuomo talks about his daughters while announcing that he is leaving office after sexual harassment allegations against him in New York, Aug. 10, 2021.

Firstly, because the investigation was to determine whether Cuomo should remain in office, and secondly because Lavine and counsel advised the Assembly “of the belief that the Constitution does not authorize the Legislature to impeach and remove an elected official who is no longer in office.”

The probe into Cuomo was launched in March and did “uncover credible evidence in relation to allegations that have been made in reference to the governor,” Heastie said.

That evidence included sexual harassment and misconduct claims as well as the misuse of state resources regarding the governor’s memoir and the “misleading disclosure” of nursing home COVID-19 data.

Cuomo announced on Tuesday he would be stepping down. He has repeatedly denied all claims of sexual harassment but did apologize to his accusers in his resignation speech.

Hans Pennink/APAssembly Speaker Carl Heastie speaks to reporters during a news conference about the next steps in its impeachment investigation of Gov. Andrew Cuomo following multiple allegations of sexual harassment in Albany N.Y., Aug. 9, 2021.

Heastie has asked Lavine to turn over all gathered evidence to relevant investigatory authorities as other probes into the governor continue.

The state attorney general is investigating the possible misuse of state funds in producing his memoir. The Eastern District of the United States also is probing the state’s handling of nursing home data in the pandemic.

“This has been a tragic chapter in our state’s history,” Heastie said. “The people of this great state expect and deserve a government they can count on to always have their best interests in mind.”

Lindsey Boylan, the first woman to publicly accuse Cuomo of sexual harassment — claims he has denied — slammed the decision to suspend the investigation as an “unjust copout.”

“The public deserves to know the extent of the governor’s misdeeds and possible crimes. His victims deserve justice and to know he will not be able harm others,” she said.

Several Assembly members also voiced opposition to the suspension, and questions remain over whether the inquiry’s findings so far will be released.

Assembly Minority Leader Will Barclay, the top Republican, said the impeachment investigation “should at the very least be issuing a report.” He said Republicans on the Judiciary Committee were “blindsided” and there “wasn’t a vote … it was done from the top up.”

Assemblyman Tom Abinanti, who is a member of the Judiciary Committee, said the decision was “premature.” Assemblyman Ron Kim, a vocal Cuomo critic, called to make the investigation’s findings public. “We should put it on a website. This is taxpayers’ money. We should deliver it to the public.”

Assemblyman Ed Ra said on Twitter: “If there’s a legal opinion that the investigation couldn’t continue it seems to me that sharing that with the Judiciary Committee members on Monday would be the proper course of action.”

Lt. Gov. Kathy Hochul, set to become the state’s first female governor, already has promised “there would be turnover” and that anyone named in New York Attorney General Letitia James’s scathing report would not remain in her administration.

Linda Lacewell, the state’s top banking regulator and a longtime ally of Cuomo, is stepping down from her job as superintendent of the New York Department of Financial Services. She was named in the NYAG report as a participant in the “retaliation” against one of Cuomo’s accusers.