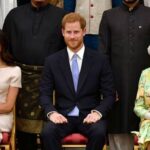 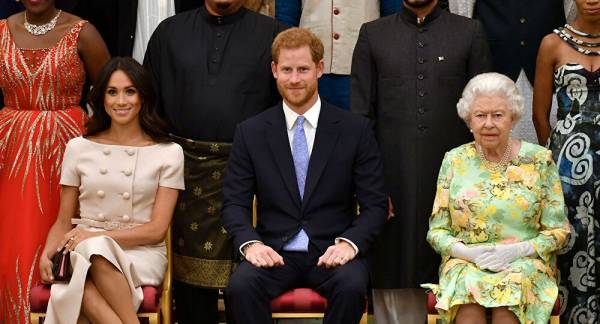 Meghan Markle and Prince Harry’s attempts to “provoke the Queen” into a public response to their Oprah Winfrey interview claims about Buckingham Palace’s “racism” and mental health negligence are “beyond disgusting,” royal writer Angela Levin said on TalkRadio.

In their bombshell interview with Oprah, which aired in March, the Sussexes claimed there were “concerns” in the palace about the skin colour of their unborn son Archie while Meaghan was feeling suicidal during her first pregnancy. The royal family said they were “saddened” by the claims and pledged to address them in private, while laconically noting that “recollections” about the events “may vary.”

In a new chapter for the book “Finding Freedom,” authors Carolyn Durand and Omid Scobie (the latter is perceived to be Meghan’s close contact and even friend), wrote that the Duke and Duchess of Sussex were “not surprised” by the palace’s brief response to their allegations and refusal to take “full ownership” of the situation.

But this apparent pressure from the pro-Sussex camp to hold the 95-year-old who just lost her husband “accountable” for their “attention-seeking” accusations has outraged British public.

“I do hope the Queen doesn’t listen to a couple like that who only think about themselves and try to make sure they’re victims,” Levin said. “This is two people who are so resentful they want to bring down the royal family, and particularly the Queen, who is vulnerable at her age.”

“What I want to say – is that some people, I’m not saying names, get a buzz if they’re attacking someone else and if it’s dangerous,” Levin warned. “They get a high, their adrenaline goes and they feel they’re really powerful and strong. What they are doing now is outrageous.”

Royal expert Victoria Arbiter shared her thoughts while Speaking to Good Morning Britain – she said that the Queen “does not perform on command and she is not going to respond to any attempts at provocation.”

“She told the public, and she did release a statement following the interview with Oprah, that these matters would be dealt with privately – this is a personal, private family matter,” Arbiter argued.

“She is not going to address whatever is bothering the Sussexes in a public forum.”

Meghan and Harry stepped down from their senior royal duties in March 2020 and relocated to the US, buying an £11 million mansion and singing lucrative contracts with Spotify and Netflix, as well as book deals. According to their sympathetic biographer Scobie, the couple has now learned to prioritise their mental health and keep themselves away from “some of the toxicity.”

“Meghan famously spoke about that it was not enough to survive – we are now in the thrive chapter,” the writer told People ahead of his book’s republication on 31 August.