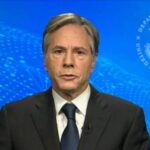 US moving personnel out of its embassy in Kabul: Blinken 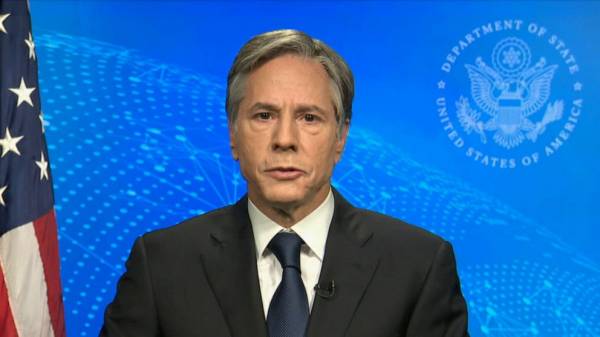 Secretary of State Antony Blinken said Sunday that U.S. personnel are being relocated from the U.S. Embassy in Kabul to the airport “to ensure they can operate safely and securely,” as the Taliban are in Afghanistan’s capital negotiating a transfer of power and the U.S. works around the clock to evacuate Americans and special visa applicants.

“It’s why the president sent in a number of forces to make sure that as we continue to draw down our diplomatic presence that we do it in a safe and orderly fashion. And at the same time maintain a core diplomatic presence in Kabul,” Blinken told ABC “This Week” co-anchor Jonathan Karl.

The rapid takeover by the Taliban has blindsided the Biden administration. Just over a month ago, President Joe Biden said it was “highly unlikely” they would overrun the entire country — and pressed by Karl on why the president was drastically wrong in his assessment, Blinken said they’ve maintained that the Taliban “was in a position of strength,” and blamed Afghan security forces for failing to defend their country.

“When we came to office, the Taliban was at its strongest position at any time since 2001, since it was last in power and Afghanistan, before 9/11, and it’s been able to build up its capacity over the last couple of years,” Blinken said, adding that Afghan security forces “proved incapable of defending the country — and that did happen more rapidly than we anticipated.”

While Biden remains committed to his deadline of a full withdrawal of U.S. forces by Aug. 31, he’s ordered more troops back into Kabul to help with evacuations. He announced in a statement on Saturday that he was sending an additional 1,000 troops to Afghanistan, bringing the total to 5,000, to help evacuate American personnel and Afghan civilians who assisted the U.S. throughout the war.

An internal document obtained by ABC News on Friday directed all personnel at the embassy to destroy sensitive material, including items with U.S. logos and flags. Asked by Karl if this is out of fear that the Taliban will take over the compound, Blinken said this is “standard operating procedure.”

Taliban at presidential palace to negotiate transfer of power

Pressed further by Karl on saying this is “standard operating procedure” and “orderly” when American military helicopters are being used to evacuate personnel from the embassy, reminiscent of the scenes from the 1975 evacuation of Americans in Saigon, Vietnam, Blinken said “this is manifestly not Saigon.”

“We went to Afghanistan 20 years ago, with one mission in mind, and that was to deal with the people who attacked us on 9/11,” Blinken said. “And that mission has been successful. We brought (Osama) Bin Laden to justice a decade ago. Al-Qaida, the group that attacked us, has been vastly diminished. Its capacity to attack us again from Afghanistan has been, right now, does not exist, and we’re going to make sure that we keep in place in the region, the capacity, the forces necessary to see any reemergence of a terrorist threat, and to be able to deal with it.”

Before Biden ultimately made his determination to withdraw, he was advised by his top military advisers to leave a military presence in the country of up to 4,000 troops. Asked Sunday if Biden now regrets his decision, Blinken said “the idea that we could’ve sustained the status quo” with U.S. forces is “wrong.”

“Here’s what would have happened if the president decided to keep those forces there: During the period from when the agreement was reached to May 1, the Taliban had ceased attacking our forces, ceased attacking NATO forces. It had also held off on this major offensive that we see now to try to take over the country to go for these provincial capitals, which in recent weeks it has succeeded in doing. Come May 2, if the president decided to say — all gloves would have been off. We would have been back at war with the Taliban. They would have been attacking our forces. We would have had 2,500 or so forces remaining in the country with air power. I don’t think that would have been sufficient to deal with what we’re seeing, which is an offensive across the entire country.”

In his statement on Saturday, the president also double-downed on his decision to withdraw, saying an “endless American presence” was not acceptable to him and that he would not pass the decades-long war to a fifth American president.

“One more year, or five more years, of U.S. military presence would not have made a difference if the Afghan military cannot or will not hold its own country,” Biden said. “And an endless American presence in the middle of another country’s civil conflict was not acceptable to me.”

After years of advancements for women and young girls in Afghanistan, the rights they’ve come to know could quickly be reversed as the Taliban is on the brink of a total takeover. Asked by Karl what this means for America’s image in the world, Blinken said it’s “incumbent on the international community … to sustain the gains they’ve made.”

“When we consider women and girls, all those who’ve had their lives advanced, this is searing. It is hard stuff,” Blinken said.

“Ultimately, it is in the Taliban’s self-interest. They have to make that determination. But it’s in their self-interest if they truly seek acceptance, international recognition, if they want support, if they want sanctions lifted. All of that will require them to uphold basic rights, fundamental rights,” he added. “If they don’t and if they’re in a position of power and they don’t do that, then I think Afghanistan will become a pariah state.”