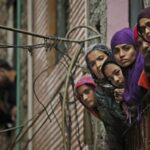 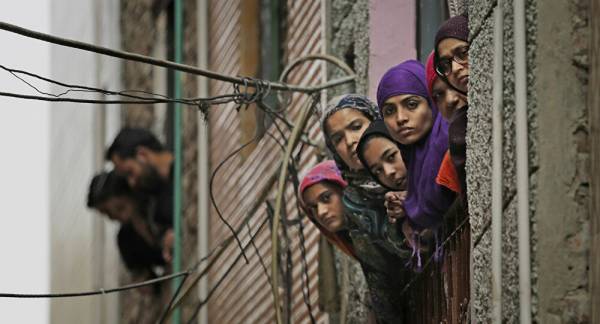 The takeover of Afghanistan’s capital Kabul by the Taliban* has evoked a particularly sharp response from leaders of India’s governing Bharatiya Janata Party (BJP). There is now a growing concern that Hindu nationalists could unleash a wave of Islamophobia against Muslims in India, accusing them of being Taliban sympathisers.

A group of prominent Indian experts, including two former federal ministers and an ex-prime ministerial aide, has called upon Prime Minister Narendra Modi’s governing Bharatiya Janata Party (BJP) to desist from using the developments in Afghanistan to create a schism between Hindus and the country’s 200 million Muslims.

The joint appeal, issued on 1 September and obtained by Sputnik, has been signed by former Foreign Ministers K. Natwar Singh and Yashwant Sinha, as well as Sudheendra Kulkarni, a former BJP lawmaker who also served as an aide to India’s ex-Prime Minister Atal Bihari Vajpayee, prominent Muslim intellectuals, and former diplomats.

Talking to Sputnik, Kulkarni said that the events in Kabul have led to a “whipping [up] of Islamophobia” in India.

“No doubt, the Taliban has to reform itself, shed religious extremism and become a party of moderation, and earn legitimacy in the eyes of both the Afghan people and the international community”, Kulkarni says.

India’s most populous state, Uttar Pradesh, will go to the polls in February next year. It is currently governed by a hardline Hindu monk, Yogi Adityanath, one of the most influential leaders of the BJP.

Even as Uttar Pradesh boasts of having the country’s largest Muslim population (according to the 2011 federal census), that hasn’t stopped Adityanath from implementing policies that his critics say scapegoat Muslims because of their religion.

Kulkarni’s statement comes on the back of escalating rhetoric by several high-profile BJP leaders as well as concerns among several Hindu groups over what they describe as “growing sympathy” among some Indian Muslims towards the Taliban.

Meanwhile, Adityanath also condemned Indian Muslims who were “shamelessly supporting” the Taliban, while speaking in the state legislative assembly in the wake of 15 August takeover of Kabul. “These people should be exposed before society”, stated the BJP leader.

Adityanath was reacting to remarks of a federal lawmaker from the opposition Samajwadi Party, Shafiqur Rahman Barq, who said that the “Taliban wants Afghanistan to be free and run their own country”.

Indian daily Hindustan Times reported on 19 August that Rahman was booked for sedition for backing the Taliban.

The AIMPLB describes itself as a leading voice representing the opinion of India’s 200 million Muslims. It also claims to being a “protector” of Sharia (Islamic law) in India, as instituted under the Muslim Personal Law Application Act of 1937.

“The Hindi Muslim salutes you”, AIMPLB member Maulana Sajjad Nomani stated in a video, prompting a clarification from his group that the remarks didn’t reflect the line of the AIMPLB.

The BJP also lashed out at the former chief of erstwhile Jammu and Kashmir state, Mehbooba Mufti, for warning the Narendra Modi administration to roll back its 2019 decision to strip the border region of its semi-autonomous status and bifurcate it into two federal territories.

Mufti recently stated that if the government didn’t heed to her demands, then Jammu and Kashmir might face a similar fate as Afghanistan.

Meanwhile, on the foreign policy front, the fall of Kabul to the Taliban has not only forced India to evacuate its citizens from the country, but also to all but end its diplomatic presence in the strategically-located Central Asian nation.