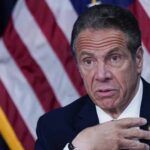 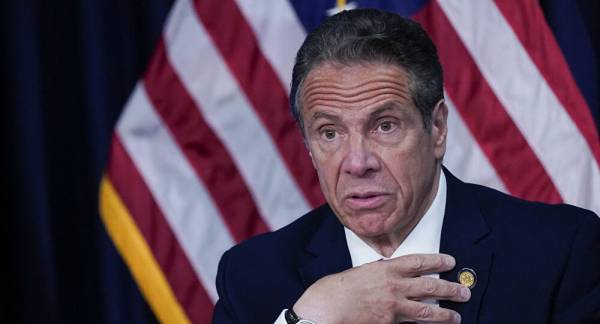 Eleven women have accused New York Governor Andrew Cuomo of sexual harassment and described to investigators a “hostile and toxic work environment”, with the embattled statesman, adamantly rejecting the claims laid out in the damning report released by the state Attorney General and refusing to step down.

Andrew Cuomo once stopped short of hiring a woman because “she wasn’t pretty enough”, reports the New York Post.

Karen Hinton, who worked as a press aide to Cuomo when he was then-President Bill Clinton’s housing secretary, was cited by the outlet as saying she had recommended a woman who had “worked on Capitol Hill for years”.

However, according to her, Cuomo was unimpressed and refused to take on the applicant. “No, I don’t think so,” he was cited as saying. When Hinton probed the reason behind the refusal, he reportedly quipped:

Karen Hinton recalled that the politician had been amused by the sex scandal involving 49-year-old US President Bill Clinton and 22-year-old White House intern Monica Lewinsky. The affair that took place in 1998 had led to Clinton’s 1998 impeachment.

The “cigar” story was referred to in the mainstream press, alleging that Monica Lewinsky masturbated with a cigar while President Clinton watched and masturbated as well.

Hinton also accused Cuomo of having been physically “aroused” when he hugged her “too tightly” and for “too long” in an incident that purportedly took place in a Los Angeles hotel room in December 2000.

Hinton, who was working as a consultant employed by the Department of Housing and Urban Development from 1995 to 1999, detailed the alleged incident on March 6 during an interview on WNYC radio.

In response to the claims, Andrew Cuomo denied having behaved in the manner Hinton described, saying, “What she said is not true”.

Cuomo emphasised at the time that Karen Hinton was formerly the press secretary for his political rival – Bill de Blasio, serving as the 109th mayor of New York City since 2014.

The alleged incident involving Cuomo and Hinton is mentioned twice in the report released by state Attorney General Letitia James last week that accused him of sexually harassing 11 women. However, Karen Hinton isn’t included among those whose allegations were addressed in detail, as the report focused on Cuomo’s actions while governor.

Democrat Cuomo has been denying any wrongdoing and resisting calls to resign by President Joe Biden and a flurry of top Democrats.

Two executive sessions have been scheduled by New York State Assembly’s Judiciary Committee, on August 16 and August 23, to discuss the Cuomo impeachment inquiry.

This is to be followed by at least two public hearings, with the Committee subsequently recommending whether to impeach Cuomo, said New York State Assembly’s Judiciary Committee Chair Charles Lavine.

If a majority of assembly members vote to impeach, the state senate will convene an impeachment trial 30 to 60 days later. If two-thirds of the state senate voted to convict Cuomo, he could be removed from office, with Lieutenant Governor Kathy Hochul taking over for the remainder of his term, wrapping up in December 2022.