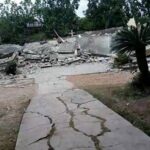 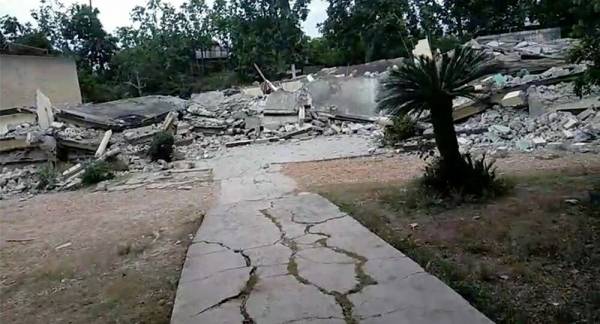 The EMSC noted that the depth of the earthquake was 40 kilometres, and the tremor was felt some 38 km northwest of Les Cayes.

No reports of casualties or damage immediately followed.

©
AFP 2021 / STANLEY LOUISA house is seen collapsed after the earthquake hit on August 14, 2021 in Les Cayes, southwest Haiti. – Rescue workers scrambled to find survivors after a powerful 7.2-magnitude earthquake struck Haiti early Saturday, killing at least 304 and toppling buildings in the disaster-plagued Caribbean nation still recovering from a devastating 2010 quake. The epicenter of the shaking, which rattled homes and sent terrified locals scrambling for safety, was about 100 miles (160 kilometers) by road west of the center of the densely populated capital Port-au-Prince.

The quake comes just hours after the Caribbean country was shaken by an earlier disaster, a 7.2-magnitude earthquake that claimed at least 304 lives, injured some 1,800 people, and left hundreds missing.

US President Joe Biden said earlier on Saturday that he was “saddened” by the disaster in Haiti, pledging support to the country, authorising an “immediate US response”.