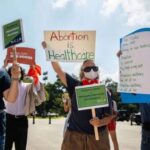 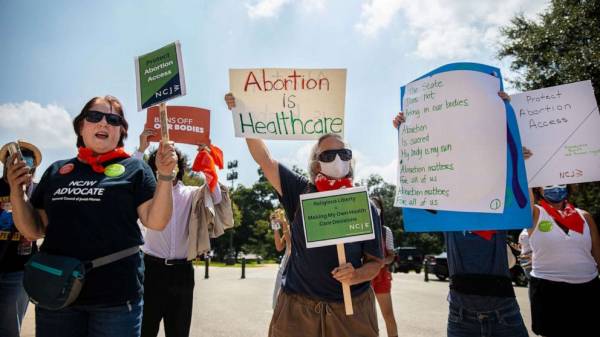 After the U.S. Supreme Court made it official, declining to block Texas’ ban on nearly all abortions in the state, advocates for abortion providers vowed their legal battle would continue until full access to the procedure is restored.

“We will keep fighting. We are not giving up,” said lead attorney Marc Hearron, senior counsel with the Center for Reproductive Rights. “We’re evaluating all options.”

Indeed, the case against Texas law SB8 remains active at the 5th Circuit Court of Appeals, and the Supreme Court’s 5-4 ruling early Thursday did not directly address questions of the law’s constitutionality.

“It may well be that sooner rather than later, a judge does reach the merits, finds the law unconstitutional and restores abortion access in Texas, at least temporarily,” said Kate Shaw, constitutional law professor at Cardozo School of Law and ABC News legal contributor.

But despite the scramble on multiple fronts, restoration of abortion rights in Texas is not expected to happen quickly, experts say.

“The law will likely be in effect for months, at a minimum,” said Mary Ziegler, an expert in the history of U.S. abortion law and professor at Florida State University College of Law.

Both sides in the dispute credit SB8’s unusual construction — delegating enforcement of the law to the populace at large – private citizens — as hamstringing intervention by federal courts.

“It’s an ingenious law,” Ziegler said. “This is exactly what its drafters intended.”

The arrangement makes it difficult to determine procedurally whom exactly abortion rights advocates are challenging, and therefore difficult for a court to determine whom to address in the dispute. Texas abortion providers named state officials and state courts in their federal case – but neither group technically enforces SB8.

“Federal courts enjoy the power to enjoin individuals tasked with enforcing laws, not the laws themselves,” the court’s conservative majority explained in its order declining to intervene.

The most likely next phase in the legal battle, experts said, may come when a Texas resident files a civil lawsuit under SB8 against someone accused of “aiding or abetting” an unlawful abortion, such as a doctor or clinic worker.

“At that point, [the defendant] will say that he can’t be held liable because the law is unconstitutional under [the Supreme Court’s 1992 precedent Planned Parenthood v. Casey] because it imposes an ‘undue burden’ on a woman’s constitutional right to obtain an abortion,” said Sarah Isgur, a former Justice Department lawyer, host of the Advisory Opinions podcast and ABC News legal contributor. “And the [defendant] will win and the law will be struck down.”

That scenario — an abortion provider getting sued, and likely winning on the merits — presents its own complications, advocates said.

“If you’re a physician … every time you apply for a license, the same question comes up on applications: have you ever had a lawsuit filed against you? Even if these frivolous lawsuits are dismissed, these physicians will have to report them for the rest of their careers,” said Amy Hagstrom Miller, CEO of Whole Women’s Health, a leading abortion provider in Texas.

The provider might also end up being stuck with a giant legal bill with no recourse if the defense is unsuccessful, Miller added.

“The question is, what is lost in the meantime?” said Shaw. “At the moment it seems as though access to the constitutionally protected right to an abortion is functionally unavailable in Texas, and even if that’s only for a short time, until a judge actually has the opportunity to enjoin the law, the stakes are constitutionally extremely high.”

Clinics across Texas on Thursday reported having to turn away women seeking abortions after six weeks of pregnancy, and in some cases, referring those who were able to afford the time and expense of travel to visit clinics in neighboring states.

“Many Texans — and disproportionately people of color and people with low incomes — will be forced to carry pregnancies to term against their will,” said Adriana Piñon, policy counsel and senior staff attorney at the ACLU of Texas. “This is especially horrific given the severe maternal mortality crisis in Texas that has impacted Black women the most.”

However, legal scholars across the spectrum cautioned it was too soon to declare the precedents dead.

“This case has nothing to do with Roe or Casey so far,” said Isgur. “In November, the court is hearing the Dobbs case, which involves a 15-week abortion ban out of Mississippi. That case actually challenges the Casey standard—[prohibiting] what is an ‘undue burden’ [on women]–and could change abortion law in the country.”

Ziegler agreed that the precedents themselves remain substantively untouched, for now, but said the tone and approach of the court’s conservative majority in rejecting a hold on the Texas law was telling.

“The writing is on the wall,” she said.

“It’s important to underscore the court’s ruling last night was not the final word on this law,” said Shaw, “[but] long term picture with this very conservative Supreme Court is certainly not a favorable one for abortion rights.”

“The responsible course of action would have been to enjoin the Texas law while the Mississippi law was under consideration. Instead, the court’s hostility to abortion has led it to approve a law that is not only plainly unconstitutional, but a threat to the social fabric and to the rule of law,” Shaw added.

The court has not yet set a date for oral arguments in the Dobbs case but is expected to decide on the constitutionality of state bans on pre-viability abortions before the end of June 2022.