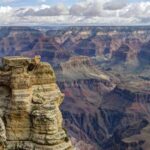 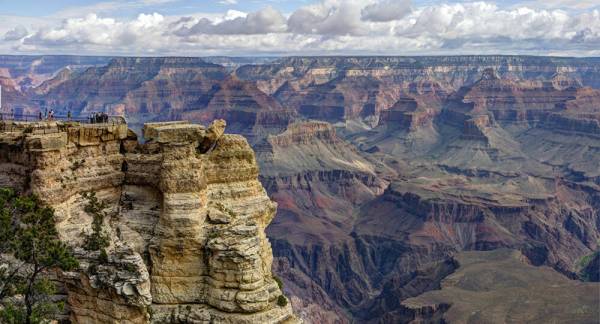 The scientific community has long been puzzled by the so-called “Great Unconformity” of the Grand Canyon that was first observed by geologist John Wesley Powell in 1869. Something just didn’t make sense about the age gap between the canyon’s rock layers.

Researchers may have solved the mystery behind the Grand Canyon’s missing rocks by linking it to the Rodinia supercontinent’s breakup some 700 million years ago, according to a new study published by Geology.

To casual observers, the lower and upper structures of the Grand Canyon are strikingly beautiful, but to geologists they appear like a puzzle of missing time coined “The Great Unconformity” by John Wesley Powell in 1869.

Barra Peak, a geologist and graduate student at the University of Colorado Boulder, explains that if we treat the Grand Canyon’s cliffs as a textbook of the Earth’s history, it’s clearly missing a lot of pages:

“In some areas, more than one billion years’ worth of rocks have disappeared from the Grand Canyon without a trace,” the scientist explained.

Peak and her team embarked on a trip with the ambition to solve the mystery that’s perplexed the scientific world since Powell’s 1869 expedition. During the mission – that was completed in spring 2021 – they observed that some 520-million-year-old rocks in the western part of the canyon towards Lake Mead were laying directly on 1.4 to 1.8-billion-year-old stones.

“There’s more than a billion years that’s gone,” she said. “It’s also a billion years during an interesting part of Earth’s history where the planet is transitioning from an older setting to the modern Earth we know today.”

So what could have possibly happened to these missing rocks?

Peak’s team employed so-called thermochronology to track the heat history in the analysed stones. They eventually came to the conclusion that the western and eastern parts of the Grand Canyon may have encountered different geological processes roughly 700 million years ago – the same time the Rodinia supercontinent was breaking up.

A violent disintegration of the gigantic landmass probably tore the western and eastern halves of the Grand Canyon in different ways, while pulling apart the earth around it so that some rocks ended up in the ocean, they concluded. The ancient Rodinia, therefore, is probably to blame for this gap in time.

The team is now exploring other sites of the Great Unconformity in North America to see if these findings can help to solve other puzzles linked to the “missing rocks.”