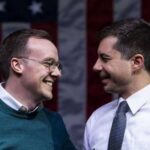 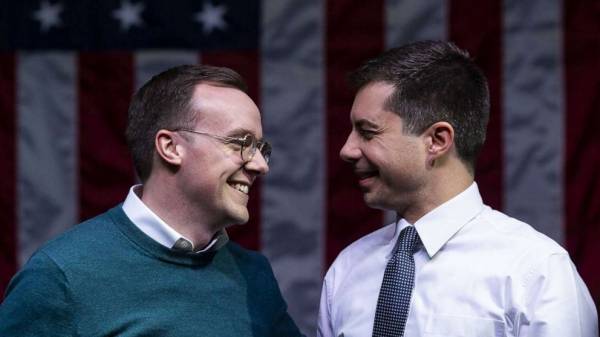 Transportation Secretary Pete Buttigieg, who made history as the first openly gay Cabinet member in U.S. history to be confirmed by the Senate, announced on Tuesday that he and husband Chasten Buttigieg are becoming fathers.

The former 2020 Democratic presidential candidate and South Bend, Indiana, mayor revealed on Twitter that the couple, married in 2018, is growing their family.

“For some time, Chasten and I have wanted to grow our family,” the secretary wrote. “We’re overjoyed to share that we’ve become parents! The process isn’t done yet and we’re thankful for the love, support, and respect for our privacy that has been offered to us. We can’t wait to share more soon.”

Bloomberg via Getty Images, FILEPete Buttigieg, U.S. secretary of transportation, speaks during a news conference at the Port of Baltimore, Md., U.S., July 29, 2021.

Pete Buttigieg, 39, spoke about wanting to have children on the campaign trail back in April 2019.

While answering questions about his views on paid family leave at a rally, he revealed that he has a “personal stake in” the issue.

“We’re hoping to have a little one soon, so I have a personal stake in this one, too,” he said. “We should have paid parental leave and find a way to have paid leave for anyone who needs caring.”

Chasten Buttigieg, 32, opened up more recently about their path toward parenthood in a July interview with The Washington Post, detailing their experience getting on adoption waiting lists for babies that have been abandoned or surrendered on short notice.

The couple have had several close calls, leaving them scrambling to purchase baby essentials, before the adoptions fell through, he told the newspaper.

“It’s a really weird cycle of anger and frustration and hope,” he said in the interview. “You think it’s finally happening and you get so excited, and then it’s gone.”

Previous : Russia Slaps Google With Another Fine for Not Deleting Banned Content
Next : 5 things to know about Biden’s plan to roll out COVID boosters this fall