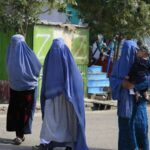 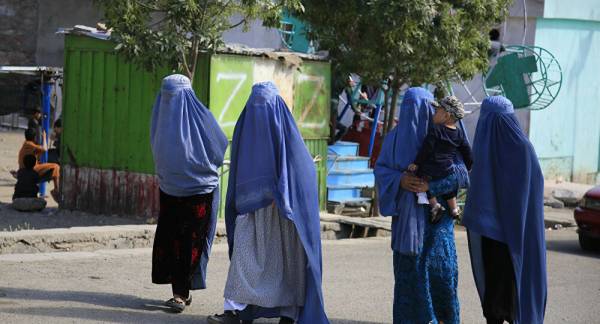 Although the Taliban* vowed to provide Afghan women with all rights in line with Sharia and the country’s law, there have been reports showing that the situation in this field has worsened since the fall of Kabul to the militant group.

Khola Hasan, a UK Islamic Sharia Council scholar, has accused Western media of “misrepresenting” the Taliban’s views on women’s rights, arguing that the militants’ recent posturing on the matter was a “good start”.

In an interview with BBC Radio 4, she insisted that if Western countries would “give them [Taliban fighters] a helping hand […] maybe they could really progress”.

When asked to comment on reports about women and children being beaten and whipped when passing through Afghan checkpoints, Hasan described Afghanistan as a “tribal society with tribal loyalties” and with “a lot of violence within the communities” amid decades of “occupation”.

She urged the international community “to be very careful not to take small, minor incidents and make them into something huge”.

She went on to claim that the issue “has been misrepresented for so long that I’ve got used to it, I don’t even blink an eyelid anymore”.

After she was told the world had “seen this movie before” in terms of the Taliban’s promises not to crack down on women, Hasan said, “No we haven’t because the Taliban have grown up”.

©
AFP 2021 / WAKIL KOHSAR(FILES) In this file photo taken on August 18, 2021, a Taliban fighter walks past a beauty salon with images of women defaced using spray paint in Shar-e-Naw in Kabul

“They were not exposed to the modern world, so what they were saying 20 years ago this was a myopic, insulated, small organisation, living in the mountains, very illiterate, very uneducated, not just about the world but about Islam itself […]”, the UK Islamic Sharia Council member claimed.

The remarks followed former Afghan judge and activist Najla Ayoubi telling Sky News about an alleged incident involving an Afghan woman being set on fire because she was accused of “bad cooking” by Taliban fighters. According to Ayoubi, the incident took place as other women in the country are purportedly being forced into sex slavery for the insurgents.

This was preceded by the United Nations Refugee Agency reporting about recent human rights abuses across Afghanistan, with women not being allowed to go to work in some areas.

In a separate development earlier this week, two female anchors with Radio Television Afghanistan (RTA) were reportedly intimidated and barred from performing their duties by RTA’s new director, supported by the Taliban.

Since Kabul’s fall on 15 August, the extremist group has pledged they would not carry out any violence against women, and that they would not “seek vengeance” on those who opposed the militants during the 20-year Afghan war.

Previous : An Afghan family’s harrowing account of getting to Kabul’s airport
Next : Tehran Calls On Tokyo to Unlock Frozen Iranian Assets in Japan in Face of US Sanctions