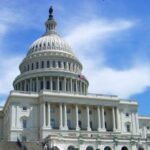 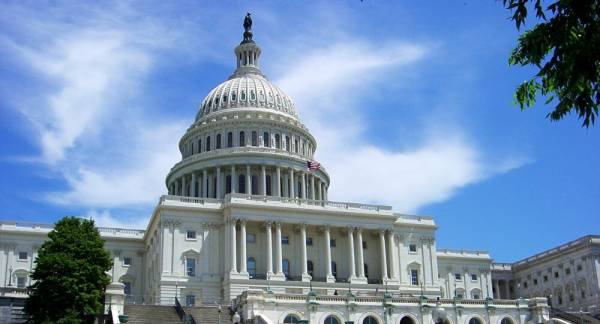 The Senate passed a one trillion dollar bipartisan infrastructure plan on Tuesday as part of an effort to push President Joe Biden’s sweeping economic agenda through Congress, which is touted as a plan to “revitalise America’s infrastructure.”

The Democratic-held Senate voted along party lines 50-49 to pass a $3.5 trillion budget resolution early on Wednesday ahead of its August recess. The measure passed after a series of amendment votes known as a “vote-a-rama,” which kicked off on Tuesday afternoon.

Democrat-led committees will accordingly be required to draft sections of a massive spending bill that is the cornerstone of a much-touted agenda to “bolster the social safety net.”

Senate Majority Leader Chuck Schumer (D-N.Y.) has indicated that he hopes the committees will submit their first drafts of legislation by 15 September.

The next step will require the Democratic-controlled House to pass the budget resolution. According to Majority Leader Steny Hoyer, while the House is initially meant to remain on recess until 20 September, the chamber would return on August 23 to consider the resolution.

Earlier on Tuesday, the Senate also voted 69-30 to pass a $1 trillion bipartisan infrastructure plan, with 19 Republicans casting their votes together with the 50 Democrats. The legislation sets aside $550 billion in new funding to cover transportation, broadband, and utilities.

The GOP has lambasted the massive spending proposal, along with the tax hikes on corporations and the wealthy that Democrats intend to resort to cover the “spending spree.” US Senator Kevin Cramer (R-ND), a Senate Budget Committee member, issued a statement on the Senate Democrats passing their FY22 Budget Resolution, saying:

The budget resolution needs to be approved by both chambers before the Democrats can move on to their coveted reconciliation plan, which should be drafted and considered in the fall.

Budget reconciliation will allow the Democrats to pass the legislation on a party-line vote, without a Republican vote, if the Senate is split 50-50 by party, with Vice President Kamala Harris wielding the tie-break vote.

Previous : Indian Police Use Batons, Water Cannons to Disperse Protesters in Madhya Pradesh – Video
Next : OPEC+ Has Not Yet Discussed US’ Call to Increase Oil Output, Source Claims