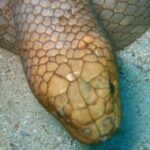 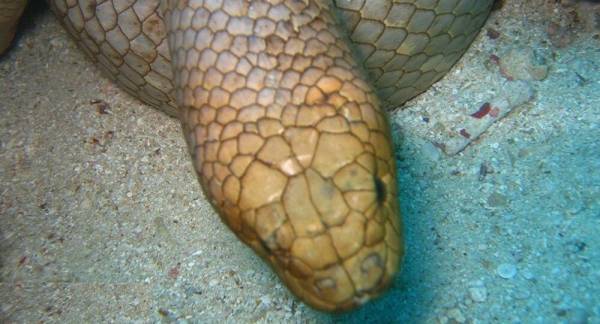 The study’s senior author advised that, in case of an encounter with a sea snake, a diver should not swim away because they are too fast – instead, allow the creature “a chance to figure out who you are.” Romantic.

A new study conducted by researchers in Australia offers a possible explanation for apparently unprovoked attacks by venomous sea snakes on divers.

According to the Smithsonian magazine, numerous scuba divers in areas such as the Great Barrier Reef previously reported run-ins with such snakes that “sometimes come hurtling out of the blue swimming in rapid zig-zags straight at the person.” These attacks, however, “almost never” end up with divers getting bitten by these venomous creatures.

The team’s eventual discoveries were made possible thanks to the data obtained by Shine’s co-author Tim Lynch, a scientist from Australia’s Commonwealth Scientific and Industrial Research Organisation who, back in 1994, spent 250 hours “scuba diving around the Keppel Islands in the southern Great Barrier Reef to study olive sea snake behaviour for his PhD thesis.” He recorded his encounters with these creatures and noted “whether they approached him and for how long within individual 30-minute periods.”

During the study, the researchers concluded that all of the charges performed by snakes towards the diver occurred during the creatures’ breeding season, and that all such approaches by male snakes occurred either after they had confronted a rival male snake or were in the process of chasing a female in the hope of mating with her.

Meanwhile, all of the female snakes that charged the diver were being chased by male snakes.

As for instances when a female snake rushed towards the diver, the study suggests that it was due to the former seeking refuge from a male suitor chasing her, likely regarding the human body as potential cover.

“People almost universally interpreted these behaviours as aggression,” Shine said. “Snakes are often seen as these malevolent beings intent on mayhem, but in this case really they’re just looking for love.”

He also said that sea snakes move underwater much faster than humans, so trying to swim away from them would be a waste of time.

“Don’t try to hit the snake or fend it off because that could upset it. Just give the snake a chance to figure out who you are and once they do they will likely head off,” Shine said.