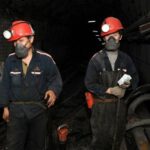 Lithium, Gold & Rare Earths: How China May Open the Door to New Business Opportunities for Afghans 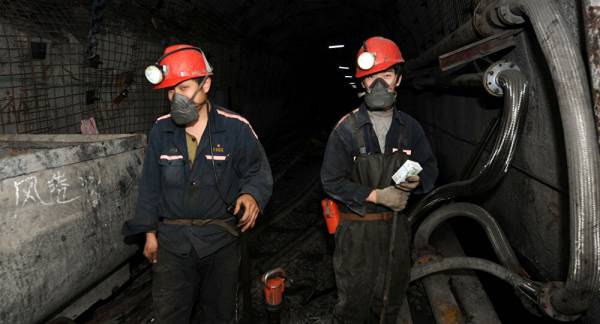 China has signalled that it will establish new diplomatic relations with Kabul after the stabilisation of the situation. There are many unknowns about the country’s future after the Taliban’s* takeover, but Beijing could help Afghanistan reap new business opportunities if peace and order are restored, says Asia Pacific commentator Thomas W. Pauken.

On 16 August, the Chinese Foreign Ministry announced that it respects the will and choice of the Afghan people, adding that it hopes that the smooth transition of power will be ensured in the country. Earlier, on Sunday, the Taliban* seized the Afghanistan capital of Kabul and declared the end of the war.

Unlike American policymakers, who appeared to be caught off guard, Beijing was by no means surprised by the Taliban’s swift takeover, says Thomas W. Pauken II, a Beijing-based Asia-Pacific Affairs commentator and author of US vs. China: From Trade War to Reciprocal Deal. In fact, the Chinese had considered it a foregone conclusion around the same time in early July when US President Joe Biden held a press conference claiming the Taliban could not defeat the current Afghan forces, which were expected to defend the nation, the commentator remarks.

Under these circumstances it is hardly surprising that the Taliban had won over many rural villagers as they were perceived as brutal but fair, according to the Asia Pacific observer.

​”Afghan society was rotting to the core, the US troops failed in efforts to improve the local conditions, so inevitably the Taliban was well-poised to sweep into Kabul and take over the country,” he says. “China saw it coming.”

Speaking during the 28 July 2021 meeting with the Taliban delegation in Tianjin, State Councillor and Foreign Minister Wang Yi stated that the Taliban is “an important military and political force in Afghanistan and is expected to play an important role in the country’s peace, reconciliation and reconstruction process.”

​Wang’s statement demonstrates the deep pragmatism of the Chinese government, Pauken says, suggesting that the Chinese leadership had already expected at that time the Taliban to form the new government in Afghanistan and made preparations for it. However, the Taliban is still seen as a terrorist organisation by Beijing, so the latter will not rush into recognising the militant group’s legitimacy, he adds.

Besides, the Afghan insurgents’ takeover does not come without risk for the People’s Republic, according to the commentator. Pauken highlights that there are different groups within the insurgent movement, adding that there have been unconfirmed reports saying that some militants are conducting recruitment and training to support terrorist cells connected to the Eastern Turkistan Islamic Movement (ETIM) and Uyghur separatists’ groups.

However, at the same time, it appears that the Taliban is beginning to witness the benefits of a peaceful transition to power, says Pauken, referring to the Afghan group’s reported attempts to preserve peace and order in territories under its control.

If safety and stability are restored in Afghanistan, China could contribute to post-war reconstruction and development there and push forward joint projects under the China-proposed Belt and Road Initiative (BRI), the Chinese daily Global Times suggested last Sunday.

There could be some amazing business opportunities for both Afghanistan and China, agrees the Asia-Pacific commentator. According to some estimates, Afghanistan holds between $1 trillion and $3 trillion in mineral wealth in underground reserves, including vast gold deposits and lithium that may be used to develop batteries for electric vehicles (EVs).

​The climate change agenda and shift from fossil fuel vehicles to EVs make the country’s reserves of the silvery-white alkali metal especially important. Back in 2010, The New York Times noted that Afghanistan could become the “Saudi Arabia of lithium,” citing an internal Pentagon memo.

​While Afghans hold many minerals and rare earths, they lack the infrastructure and equipment to mine it and sell to global buyers, Pauken emphasises, adding that China’s help to explore this wealth could come in handy.

​China’s longstanding ally, Pakistan can play an instrumental role as bridge-builder to draw Kabul closer to Beijing, Pauken presumes. Islamabad has already benefited from its partnership with the Chinese, the observer stresses, referring to the China-Pakistan Economic Corridor (CPEC).