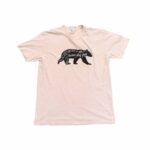 I’m not particularly interested in collecting things, but there is a kind of running motif in my life: despite my basic indifference, objects seem to collect around me. Stacks and stacks of LPs, so many I’ll never listen to them all; books I’ve already read and will probably never open again; a ragtag assemblage of magazine clippings; dinky little pencils, so worn down they don’t fit into a pencil sharpener anymore. All sorts of things just keep on piling up.

T-shirts are one of those things which naturally pile up. They’re cheap, so whenever an interesting one catches my eye I buy it. People give me various novelty T-shirts from around the world, I get commemorative T-shirts whenever I run a marathon, and when I travel I often pick up a few, instead of bringing along extra clothes. Which is why the number of T-shirts in my life has skyrocketed, to the point where there’s no room in my drawers anymore and I have to store the overflow in stacked-up cardboard boxes.

Whenever I go to the U.S., after I leave the airport and get settled in town I invariably find myself wanting to go out and grab a hamburger. It’s a natural urge, but you could also see it as a kind of ritual I go through. Either one’s O.K.

Ideally, I go to a hamburger joint around one-thirty, after the lunch crowd has left, plunk myself down at the counter, and order a Coors Light on tap and a cheeseburger. I like the burger cooked medium, and I always get raw onions, tomatoes, lettuce, and pickles. Plus an order of French fries and, like an old buddy I’m visiting, a side of coleslaw. Critical partners in all this are mustard (it’s got to be Dijon) and Heinz ketchup. I sit there, quietly sipping my Coors Light, listening to the voices of the people around me and the clatter of dishes, attentively imbibing the atmosphere of this different land, as I wait for my cheeseburger to emerge. Which is when it finally hits me that, yes, I really am in America.

This T-shirt has a straightforward message: “i put ketchup on my ketchup.” Now, that’s the statement of somebody who is seriously in love with ketchup. It kind of teases those Americans who put ketchup on everything, but I find it interesting that one of the companies that distribute these shirts is none other than Heinz. A little self-deprecatory humor going on here, but you can’t help feeling the American spirit in it, the optimistic, cheerful lack of introspection that says, “Who cares about being sophisticated! I’m gonna do what I want!”

When I walk around town in this shirt, Americans sometimes call out, “Love the shirt!” The ones who do this usually have that “I love ketchup” look about them. Sometimes I feel like coming back with a “Hey, don’t lump me in with you guys,” but usually I just give a cheerful “Yeah, pretty nice, huh? Ha-ha.” This kind of T-shirt communication does a lot to liven things up. You’d never find that happening in Europe. For one thing, Europeans by and large hardly ever eat ketchup. ♦

(Translated, from the Japanese, by Philip Gabriel.) 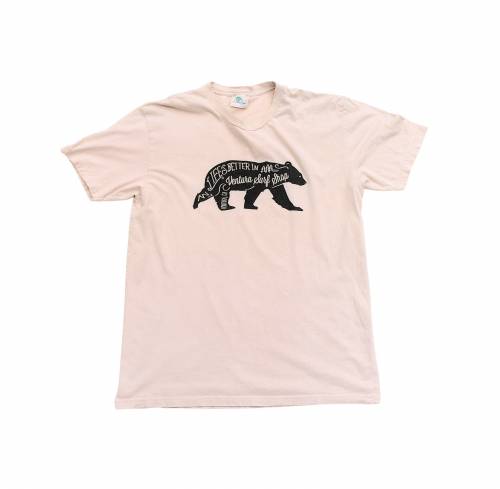 This shirt is from the Ventura Surf Shop, in Ventura County, an affluent surfing mecca near Santa Barbara. It sounds pretty nice, but will going there really improve your life? That much I can’t say. 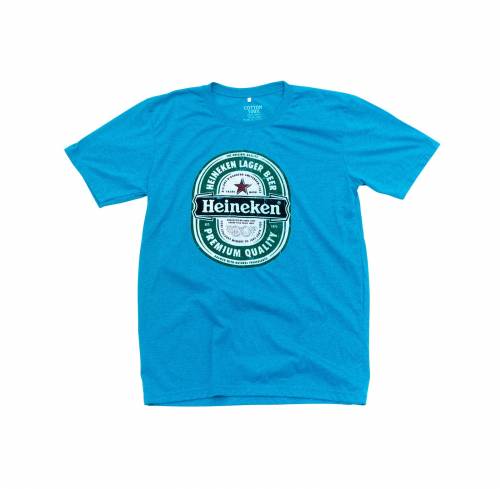 I drink Heineken a lot whenever I go to the U.S. In crowded, noisy bars, you have to shout out your order, and I’ve found that the one brand I can pronounce reliably is Heineken. 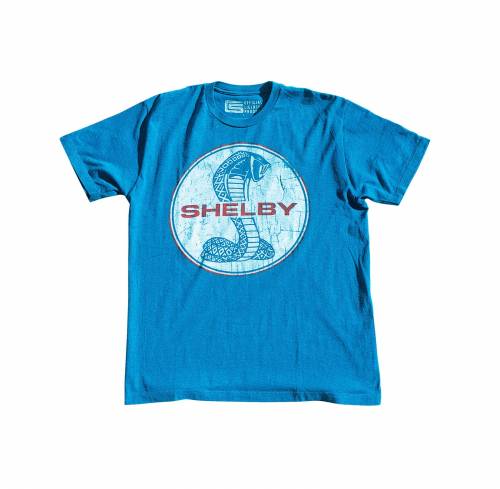 You’ve got to be braver than you might think to wear a car-related shirt. It’s hard to say when I’d wear this Shelby Cobra one, but I could see it working with a Comme des Garçons jacket. 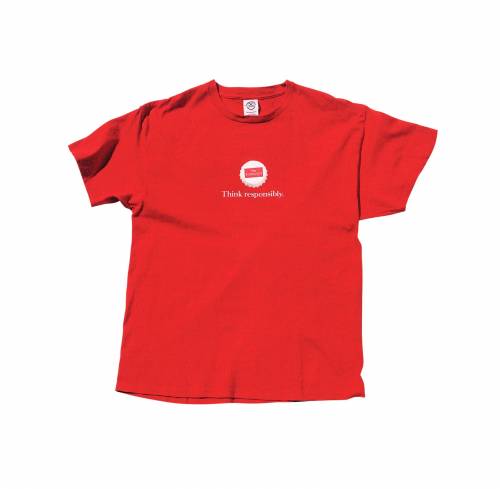 This is from the British magazine The Economist. The message is very stylish, but it’s still a T‑shirt, and it makes me wonder about how to react to such a sudden, challenging dictum. 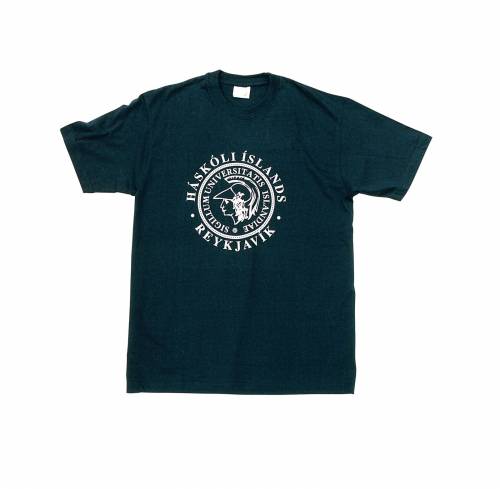 When I attended the Reykjavík International Literary Festival, I spoke at this university. Iceland’s total population is only 350,000, of whom 10,000 are students here. A pretty amazing percentage. 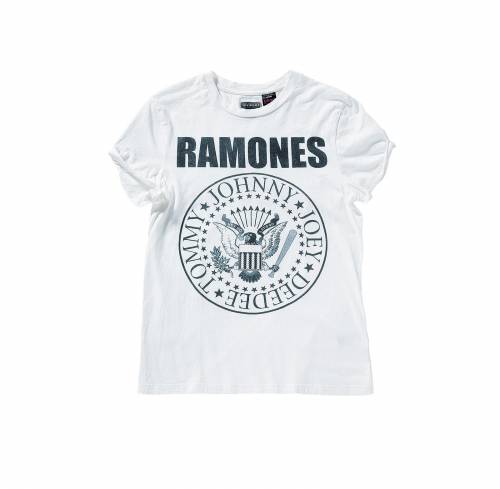 I bought this Ramones shirt from a secondhand store called Bookoff, in Kyoto. But I can’t bring myself to wear it outside. There are some limits when you’re over seventy.

Previous : Joy Williams Does Not Write for Humanity
Next : Jeff Bezos commits $1 billion to conservation as Amazon destroys the world