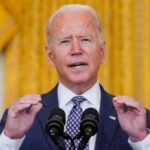 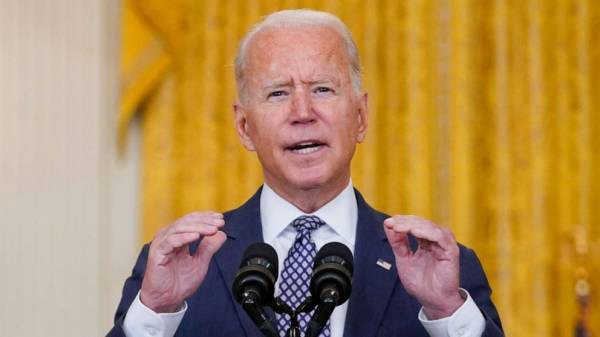 President Joe Biden stood firm Friday in his decision to remove all U.S. troops from Afghanistan and attempted to invoke optimism for the evacuation of all Americans and Afghan allies despite scenes of chaos and despair over the past week.

But throughout his remarks, the president made several claims at odds with reports from the ground in Afghanistan and even officials within his administration and seemed unaware of criticism from American allies.

‘I have seen no question of our credibility from our allies around the world.’

An easily disputable statement from Biden came in response to a question that asked for his response to American partners who have criticized the conduct of the U.S. withdrawal and questioned America’s credibility on the world stage.

“I have seen no question of our credibility from our allies around the world. I’ve spoken with our NATO allies, we’ve spoken with NATO allies. … The fact of the matter is, I have not seen that. As a matter of fact, the exact opposite I’ve got.”

But there have been a handful of prominent names throughout Europe that have voiced anger toward Biden for the fall of Afghanistan to the Taliban.

The European Parliament Committee on Foreign Affairs held a virtual session on Afghanistan Thursday and Josep Borrell, high representative of the EU for foreign affairs and security policy and vice president of the European Commission, branded the situation in Afghanistan “a catastrophe.”

Armin Laschet, the top candidate to succeed outgoing German Chancellor Angela Merkel, said, “This is the greatest debacle that NATO has seen since its foundation, and it is an epochal change that we are facing.”

MORE: Afghanistan updates: Biden vows to evacuate Americans and Afghan allies, says there may be 'loss'

Responding to remarks Biden made on Aug. 16, about Afghan forces, Tom Tugendhat, chair of the Foreign Affairs Committee in the U.K. Parliament, who served as an Army officer in Afghanistan, said, “To see their commander-in-chief call into question the courage of men I fought with, to claim that they ran, is shameful. Those who have not fought for the colors they fly should be careful about criticizing those who have.”

Former British Prime Minister Theresa May asked earlier this week in Parliament, “What does it say about NATO if we are entirely dependent on a unilateral decision taken by the United States? … Did we feel we just had to follow the United States and hope that on a wing and a prayer it’d be all right on the night?”

And Tobias Ellwood, chair of the U.K. Parliament’s Defense Committee, said, “Whatever happened to ‘America is back’?”

Wakil Kohsar/AFP via Getty ImagesAfghans gather on a roadside near the military part of the airport in Kabul on August 20, 2021, hoping to flee from the country after the Taliban’s military takeover of Afghanistan.

‘We have no indication that [Americans] haven’t been able to get in Kabul through the airport.’

Responding to widespread reporting that Americans and special immigration visa applicants are unable to reach the airport in Kabul safely, Biden said his administration has “no indication” of that happening.

On Friday, the U.S. Embassy in Kabul issued a new alert making clear they have little control of the situation.

“The U.S. government cannot ensure safe passage to the airport,” it said, warning “due to large crowds and security concerns, gates may open or close without notice. Please use your best judgment and attempt to enter the airport at any gate that is open.”

ABC News’ Ian Pannell, reporting from Kabul, called Biden’s view “breathtaking” after witnessing Americans trying to present their passports at the airport, but being beaten by the Taliban with rubber fan belts from a vehicle.

“It just seems that the reality and the rhetoric are miles apart,” Pannell said following Biden’s remarks Friday afternoon. “The truth on the ground is that these people who are in fear of their lives can’t get through.”

During a private, unclassified briefing with the House of Representatives shortly after Biden wrapped his remarks, Defense Secretary Lloyd Austin also remarkably told lawmakers that they know of Americans who have been “beaten.”

“We are also aware that some people, including Americans, have been harassed and even beaten by the Taliban. This is unacceptable and [we] made it clear to the designated Taliban leader,” Austin said, according to several sources.

Manuel Balce Ceneta/APPresident Joe Biden speaks about the evacuation of American citizens, their families, SIV applicants and vulnerable Afghans in the East Room of the White House, Aug. 20, 2021, in Washington.

On Wednesday, ABC News was told by an Afghan official that an American with a passport as well as a person with a green card, were turned away at the gate after risking their security to get there. One of them attempted again the following day, waiting for seven hours before leaving because they couldn’t get in.

And on Thursday, State Department spokesman Ned Price said the U.S. was aware of the issues of traveling to the airport, although he placed partial blame on “congestion.”

‘What interest do we have in Afghanistan at this point, with al-Qaida gone?’

Biden claimed that al-Qaida is “gone” from Afghanistan, but just hours later, Pentagon press secretary John Kirby confirmed the opposite.

“We know that al-Qaida is a presence, as well as ISIS, in Afghanistan,” he said during a press briefing Friday afternoon. “And we have talked about that for quite some time. We do not believe it’s exorbitantly high. But we don’t have an exact figure.”

Asked why there is a contradiction between his analysis and the president’s view of al-Qaida in the country, Kirby sought to clarify that there “isn’t a presence that is significant enough to merit a threat” to the U.S.