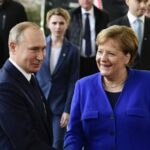 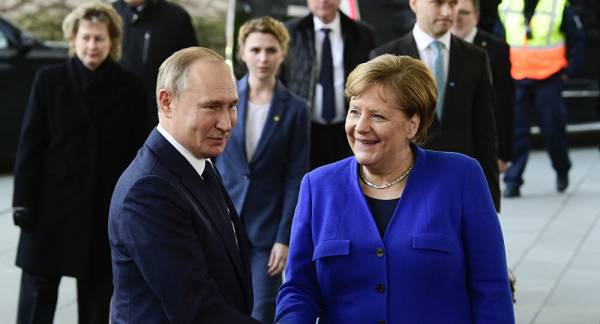 MOSCOW (Sputnik) – Russian President Vladimir Putin will hold on Friday his last official meeting with German Chancellor Angela Merkel who is planning to retire from politics after her country holds a general election in September.

The meeting, which will take place in Moscow, will be dedicated to the current state and prospects of bilateral cooperation, and several pressing international and regional issues, according to the Kremlin. Meanwhile, the German government stated that the leaders will discuss the fight against the COVID-19 pandemic, the recent developments in Afghanistan, and the conflict in eastern Ukraine. Another issue, inevitable in such meetings, is the fate of the Nord Stream 2 gas pipeline.

The leaders will also hold a joint press conference and lay a wreath at the Tomb of the Unknown Soldier.

The previous visit of the German chancellor to Moscow was last January.

End Of An Era

Merkel announced in 2018 that this will be her last term as chancellor, making the upcoming German elections especially exciting as the party that wins the most votes will have its candidate become the new chancellor. Merkel’s own Christian Democratic Union of Germany (CDU) is hoping to replace her with Armin Laschet.

Whoever emerges victorious, this will be the end of an era in Russian-German relations, as both Putin and Merkel have years of experience dealing with one another, full of interactions both pleasant and bitter.

One notable incident occurred in 2007 when Putin’s pet Labrador Konni entered the room and scared Merkel, who is afraid of dogs after having been bitten by one in 1995. Some media outlets went so far as to claim that Putin made it happen on purpose.

When asked by German journalists in 2016, the Russian president admitted that he had not been aware of Merkel’s phobia at the time and simply wanted to be a gracious host by showing off his dog. Putin also said that he had cleared the air with Merkel and apologized for the incident.

Among other not-so-pleasant interactions were those during the 2014 crisis in Ukraine when Merkel had dozens of phone calls with Putin on the matter. Her biographer Ralph Bollmann even described those talks as “duels” in his book about the chancellor. The author also noted that the two could go so far in their conversations as to begin shouting at each other.

Despite that, the relationship between the two was among the cornerstones of European and global politics, and the Moscow visit may become a fine coda thereto.