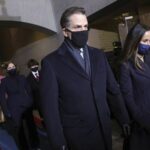 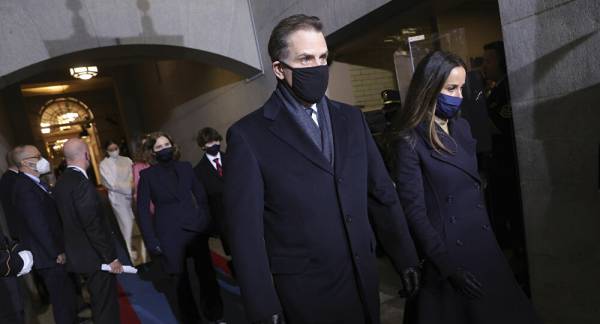 The son of POTUS 46, Hunter Biden, appears to have interesting relations with laptops full of sensitive information. The first one, branded by the Trump campaign as a “laptop from hell”, had purportedly been left in a computer store in Delaware. The second was seized by federal agents. But the laptop saga appears to be far from over.

Hunter Biden claimed that Russian drug dealers had stolen a laptop from him for blackmail purposes when he was in a Las Vegas hotel, almost overdosed, Daily Mail reported Wednesday.

According to the outlet, Hunter appeared to have recorded sex with an alleged prostitute on camera, along with a conversation they had afterwards in which he revealed that he had spent a lot of money during his 18-day spree in Las Vegas, as he would go “round from penthouse suite to penthouse suite.”

In the alleged conversation, Hunter reportedly shares how his laptop was stolen from him at some point in the summer of 2018 by some “Russian drug dealers”. The laptop allegedly contained compromising videos of sex.

After the “prostitute” wondered whether Hunter was worried about blackmail, he replied “Yeah in some way yeah.”

The explicit video involving Hunter and the alleged prostitute was shared by Daily Mail.

If the reported “Russian drug dealers” have indeed stolen a laptop from Hunter Biden, it would mark the third computer with sensitive information that he has been accused of losing.

The first, named by the Trump administration as a “laptop from hell”, was claimed to have been abandoned by him in a computer store in Delaware, and became the butt of jokes and criticism from rivals of the Joe Biden presidential campaign. This laptop was claimed to have contained multiple emails alleged to be connected to Hunter Biden’s business dealings overseas – something that prompted Trump to allege that Joe Biden was involved in controversial deals with China.

The second laptop kerfuffle credited to the presidential son was seized by federal agents after a raid on the office of a Hunter Biden associate, psychiatrist Keith Ablow. Both computers are said to have sensitive information about Hunter Biden and the Biden family.

Neither Hunter Biden nor the rest of the presidential family has commented on the report about a third laptop.