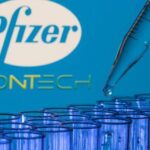 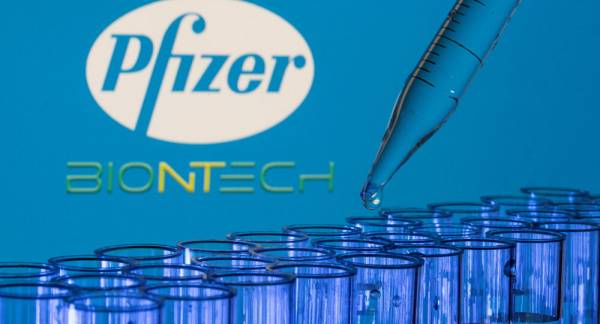 The push to accelerate COVID-19 vaccinations in the US has been fueled by the recent spread of the SARS-CoV-2 Delta variant. US health officials have warned that the now-predominant COVID strain is twice as contagious as its previous counterparts and may cause more severe illness than former variants – particularly in those unvaccinated.

The US Food and Drug Administration (FDA) announced on Monday that the Pfizer-BioNTech COVID-19 vaccine has been formally approved for the prevention of the novel coronavirus in those aged 16 and up in the country.

The double-dose jab will be marketed as “Comirnaty,” the FDA highlighted.

Shortly after the highly-anticipated FDA announcement, US President Joe Biden called on unvaccinated Americans to consider the Pfizer-BioNTech vaccine approval as reassurance of its safety and effectiveness in most individuals.

“If you’re one of the millions of Americans who said that they will not get the shot until it has full and final approval of the FDA, it has now happened,” Biden declared. “The moment you’ve been waiting for is here.”

Overall, the US’ COVID-19 vaccine rollout saved some 279,000 lives and prevented 1.25 million hospitalizations, according to Yale School of Public Health research referenced by the US president. The study, published last month, also found that around 120,000 additional deaths and another 450,000 hospitalizations would have occurred if only half the amount of vaccines were administered.

Pentagon spokesperson John Kirby confirmed in a same-day announcement that the department will update vaccine requirements for US military personnel.

A timeline was not provided, but US Defense Secretary Lloyd Austin pledged earlier this month that he would “seek the president’s approval to make the vaccines mandatory no later than mid-September, or immediately upon” full licensure by the FDA. “Whichever comes first.”

The urgency for such vaccine-related measures and mandates has been fueled by the exponential spread of the highly contagious Delta variant of COVID-19. US health officials have warned that the now-predominant strain of the disease is twice as contagious as its previous counterparts and may cause more severe illness than former variants – particularly in unvaccinated individuals.