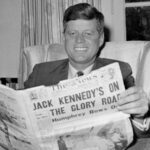 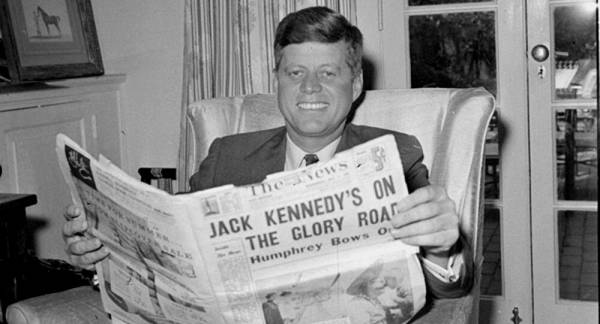 The 35th US president, John F. Kennedy, not only expressed romantic affection towards his wife, Jacqueline Kennedy. In May, two love letters from JFK to a young Swedish aristocrat, Gunilla von Post, were put up for auction, containing expressions of eagerness from Kennedy to meet his crush again.

Diana de Vegh, 83 and legally blind, claimed during an interview to the New York Post that she and John F. Kennedy, the 35th US president, had an affair.

According to de Vegh, the relationship between her and Kennedy began when she was a junior at Radcliffe College, and JFK, then a Democratic presidential candidate, was in the middle of his campaign.

Their relations purportedly evolved into an on-and-off affair that lasted for the next four years, de Vegh said, saying that she was madly in love.

De Vegh revealed that she and JFK would meet regularly, with his staff calling her “sweetheart” and a driver picking her up from an off-campus residence and taking her to wherever the president-to-be was campaigning.

Their relationship changed dramatically after JFK discovered who her father was: the same Hungarian economist he’d recently begun consulting with on political affairs.

She revealed that, soon after, JFK began to put her  “back on the shelf” and call her “cold”, even though she believed it was him who began turning cold.

©
AP PhotoU.S. President John F. Kennedy is greeted by an enthusiastic crowd of children and nuns from the Convent of Mercy, as he arrives from Dublin by helicopter at Galway’s sports ground, Ireland, June 29, 1963.

De Vegh said that she last met JFK a year before his 1963 assassination – a world-shaking event that left her “completely numb”.

She never discussed it, because, as she explained, “back then, nice girls didn’t have sex, that was a no-kidding-around situation, so I did not talk about it.” De Vegh would share the story off-the-record with those who asked but never felt the urge to deliver it publicly.

Now the 83-year-old woman believes that her revelation could help young women, who, despite the surfacing of the #MeToo movement and feminism, may still continue to value older men rather than respect and love themselves.

There are other tales of JFK’s affairs, as in May several love letters signed from him, penned on United States Senate letterhead, emerged at auction. In the letters, the young lawmaker who would later become the 35th US president expressed his affection towards a young Swedish aristocrat, Gunilla von Post, saying that he missed her and commenting on her marriage.

JFK is also theorized to have had sex with the iconic mid-20th-century Hollywood actress Marilyn Monroe, with some reports going so far as to suggest that she aborted a baby procreated by the two.