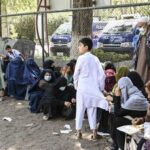 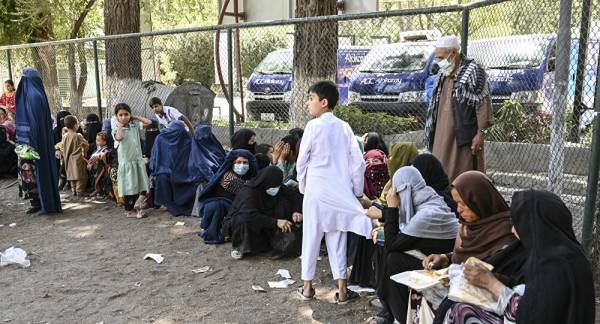 The Afghan government’s fortunes have suffered a dramatic turnaround over the past week, with Kabul losing control of 18 of 34 of the country’s provincial capitals, including its second- and third-largest cities, Kandahar and Herat, since last Friday.

Taliban forces are now operating just 50 km from Kabul and have cut power cables leading into the city, depriving it of electricity, Luca Lo Presti, president of Pangea, an Italian humanitarian organisation which operates in Afghanistan, has told Sputnik.

According to Presti, 22 Pangea staff, all of them women, are situated in Kabul, where they have helped “thousands of local residents,” mostly women and children, in receiving access to medicine, education, and microloans.

Multiple observers, some of them on the ground in Kabul, have also reported on the power cuts affecting the Afghan capital.

Presti believes the fall of Kabul is now inevitable, since the Taliban offensive “cannot be slowed down.”

Suggesting that the world was “hiding behind the shame of military defeat” in Afghanistan, Presti said he plans to discuss the issue of the continued provision of humanitarian assistance to the Afghan government with the Italian government.

Italy continued the withdrawal of its troop contingent in Afghanistan at the end of June. Over 50,000 Italian troops served in the country over the course their participation in NATO’s 19+ year occupation, with 53 soldiers killed and 723 injured during that time.

A total of 18 of Afghanistan’s 34 provincial capitals have fallen in the Taliban’s week-long blitz, among them Ghazni, situated about 150 km southwest of Kabul, and Pul-e-Khumri, located about 320 km to the north of the capital. In a major blow to government forces, Kandahar and Herat, Afghanistan’s second and third-largest cities, respectively, have also been captured as of Friday, with Afghan security forces melting away in the face of the Taliban’s advance, while elite commando units have been stretched to the breaking point defending other areas.

Earlier on Friday, Norwegian Refugee Council Afghanistan Director Tracey Van Heerden told reporters that the aid agency was “bracing” for a humanitarian crisis, and that Kabul has been overwhelmed by refugees fleeing from other areas. The United Nations fears that at least 3.5 million Afghanis may have been displaced by fighting, although some reports speculate that the true number may be far higher.

Last month, the UN’s Assistance Mission in Afghanistan warned that it expects “unprecedented numbers of Afghan civilians [to] perish” if the violence in the country is not stemmed.