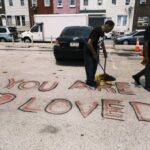 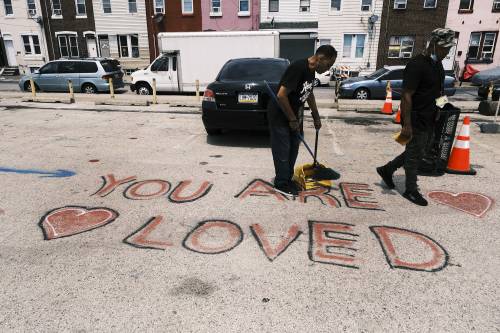 After years of steadily moving in tandem, two of America’s worst public health trends diverged during the coronavirus pandemic.

Drug overdose deaths jumped 30 percent last year to 92,500, according to newly released federal data, a sudden surge following years of incremental increases once the opioid epidemic took hold. But suicides actually dropped slightly, from 47,500 in 2019 to 44,800 in 2020.

Those two trends have tracked closely over the past decade, so much so that there is an umbrella term in academia that encompasses both of them (among other things): deaths of despair. Much of the recent stagnation in US life expectancy can be explained by these premature deaths, concentrated especially among young men, and scholars have theorized about the economic and social conditions driving those trends.

That was the situation before Covid-19. So what happened during the pandemic?

I posed that question to a handful of public health experts. They told me that, while it’s too soon to say with much certainty, we can still make some educated guesses.

Why drug overdoses surged so much during the pandemic

The leap in drug overdose deaths surprised even people who follow that data closely. Dr. Nora Volkow, director of the National Institute on Drug Abuse, told me the spike in 2020 was a historical aberration, based on the prior trends. From 2018 to 2019, for example, overdose deaths saw a comparatively small 5 percent increase. Something was clearly different about 2020.

“We have never seen that ever, a 30 percent increase,” Volkow said. “This is completely different. It’s a disruption of the trend.”

Partly, trends that were already underway before Covid-19 got worse. Fentanyl, a more dangerous opioid that is often cut with heroin, has been spreading west of the Mississippi over the past few years.

Volkow told me she had wondered if drug supply would be depressed during the pandemic, given travel and other restrictions. But instead, supply appears to have grown — and grown more dangerous. Preliminary data indicates that, while heroin overdose deaths dropped in 2020, deaths involving fentanyl grew exponentially, she said. They are driving the rise in all overdose deaths.

Instead, the pandemic likely exacerbated the spike in overdoses. The sheer size of the increase is difficult to ignore. Moments of stress and social isolation tend to lead to more drug use, Volkow told me. It would make sense that people sought out narcotics during the immense social disruption of 2020. And with a more dangerous product on the market, overdose deaths would be expected to surge as well.

“Fentanyl is all over the country, like the Covid pandemic,” Volkow said. “You can say that they have occurred alongside each other.”

In addition, as University of Chicago economist Casey Mulligan wrote in a working paper on the pandemic and deaths of despair, more people were probably overdosing in isolation during the pandemic. Nobody else was present to administer an anti-overdose medication or to call paramedics, which may have led to deaths that otherwise would not have occurred.

The complicated story behind the drop in suicides during Covid

But if isolation was driving up drug use and therefore overdose deaths, how do we explain the drop in suicides, which we might also expect to rise in a time of great social anxiety?

One popular if unproven theory is that the economic relief passed by Congress may have helped alleviate suicidal ideation during the pandemic. Countries that instituted generous social safety nets have seen a decline in suicide rates over decades, and an increase in personal income has been associated with fewer suicides.

If you or anyone you know is considering suicide or self-harm, or is anxious, depressed, upset, or needs to talk, there are people who want to help.

The International Association for Suicide Prevention lists a number of suicide hotlines by country. Click here to find them.
Befrienders Worldwide

It is possible under this theory that last year’s stimulus measures may have contributed to more overdose deaths but fewer suicides. Mulligan points out in his paper on overdoses that personal income rose but other consumption opportunities disappeared because of Covid restrictions, though he was also careful to say a causal link was beyond the purview of his paper.

Volkow did offer several reasons to be skeptical of this reading, linking it back to the fentanyl problem. People who use opioids generally seek out heroin because they know it’s not as dangerous as fentanyl — but uncut heroin is also more expensive to buy. If the rise in income were contributing to the increase in drug use, we might have expected people to try to purchase uncontaminated heroin. Instead, deaths linked to fentanyl ballooned in 2020.

Either way, Covid-19’s effect on America’s suicide rate may also not be fully apparent yet. There is social science research from prior disasters showing that, while suicides can slow in the midst of and immediately after an emergency, they rise in the following months and years.

British researchers reviewed the literature on previous epidemics and suicide rates and made note of this phenomenon: “There is some evidence to suggest a short-term decrease in suicide in the immediate aftermath of a disaster.” The scholars I spoke with seem to buy that theory, though the empirical basis for it is somewhat limited.

“The thought was that depression is an internalizing disorder and getting out of your head and worry about other people is somewhat protective,” Dr. Paul Earley, immediate past president of the American Society of Addiction Medicine, said over email.

But the consistent finding across the studies the British researchers reviewed was that suicides did eventually increase after a large-scale disaster. Volkow pointed to the example of Hurricane Katrina: Initial research found that suicidal ideation had actually dropped in affected areas immediately after the storm, but later studies found that those attitudes were more prevalent several years later. Researchers theorized that the prolonged stress after the disaster, because it took the communities such a long time to recover, may have contributed to the eventual increase in suicidal thoughts and planning.

So the fear would be that the US will see a delayed but meaningful rise in suicides, even as the pandemic fades.

“People are very concerned we may see a rise in suicides, once things stabilize,” Volkow said. “When you have a major event like this, there is a lot of attention paid to it. Everyone is concentrated. That may create a sense of support. Then once it’s out of the main news, that disappears. You may feel the neglect, the hopelessness, and the helplessness.”

Kaiser Family Foundation polling has found a higher share of Black and Hispanic Americans reporting anxiety or depression symptoms during the pandemic. People who are classified as essential workers, disproportionately people of color, were more than twice as likely as nonessential workers to report that they had seriously considered suicide in the past 30 days.

We also need to wait to see the numbers on intentional versus unintentional overdoses, which may complicate the picture further. Volkow pointed out that women are more likely than men to overdose on purpose. But that data takes time to collect and parse. As Mulligan noted, an overdose is a chemical analysis — was a lethal amount of a drug present at the time of death? — whereas ruling a death a suicide is more subjective.

The difficulty in differentiating a suicide from a drug overdose is one reason the umbrella term “deaths of despair” has gained such purchase. Taken together, there is ultimately no good news in this new data.

What’s clear is that last year, on top of all the deaths directly from Covid-19 itself, many more Americans died in a way that would suggest a deep social and existential despair. If the suicide rate increases in the upcoming months and years, as prior experience suggests it might, the toll of the pandemic will only grow.

Previous : Northwest sizzles as heat wave hits many parts of US
Next : ‘Nothing Too Earth Shattering’: Preliminary Report on COVID-19 Origins Probe Leaves Intel ‘Divided’