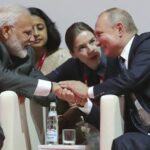 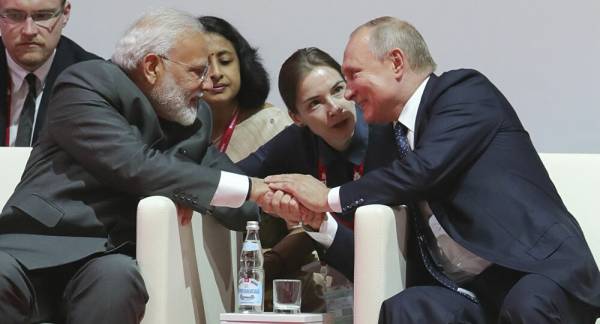 The first day of the Eastern Economic Forum has wrapped up in the Russian city of Vladivostok. The event, aimed at improving cooperation in the Asia-Pacific region and attracting international investors to Russia’s Far East, has been held since 2015. It invariably draws political and business leaders from all over the world.

The Russia-India Business Dialogue has become one of the most important plenary sessions at the Eastern Economic Forum. This year’s event is no exception. Indian government officials, entrepreneurs, diplomats, and businessmen met with their Russian counterparts to discuss the most pressing economic and geopolitical issues.

Moscow and New Delhi are strategic partners with cooperation between the two spanning decades. Last year, both sides set an ambitious goal – to increase trade turnover to $30 billion by 2025.

Sputnik spoke with Dilip Chenoy, secretary general of the Federation of Indian Chambers of Commerce and Industry, who shared his view on Russo-Indian business relations.

Sputnik: The Russia-India Business Dialogue is one of the key topics of discussion at the Eastern Economic Forum. Which industries and which areas are most important in terms of this bilateral cooperation?

Dilip Chenoy: There are traditional areas such as defence and space as well as export of natural resources – oil, gas, timber, coal. The coronavirus pandemic saw Moscow and New Delhi increase cooperation in another area – healthcare. We have an agreement with the Russian Direct Investment Fund [the organisation that invested in the development of one of Russia’s inoculations against COVID-19] for production of the Sputnik V vaccine in India. This deal is a very important aspect of the country’s vaccination strategy and a step forward for India.

Another new interesting area of cooperation is the programme devised by both countries’ Ministry of Science – collaboration in start-ups. We are working in different areas of basic sciences, applied sciences like biotechnology, immunology, materials science and technology.

The sixth Eastern Economic Forum will be held from 2-4 September. Due to the coronavirus pandemic, this year’s forum will be held in a hybrid format, with participants attending in-person and online.