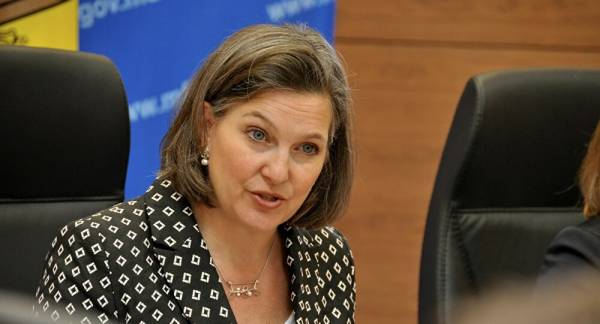 WASHINGTON, (Sputnik) – US Under Secretary of State for Political Affairs Victoria Nuland met with Ukrainian President Volodymyr Zelensky at his hotel in Washington ahead of his meeting with Joe Biden at the White House later in the day, a Sputnik corresponded reported from the scene on Wednesday.

Nuland arrived at the Hay Adams hotel in downtown Washington, DC at about 8:20 a.m. local time and emerged from the building approximately an hour later.

The State Department did not mention Nuland’s meeting with Zelensky on its public schedule for Wednesday, nor did they respond to Sputnik’s request for comment regarding the meeting.

Ukrainian President Zelensky is in Washington DC this week and is expected to attend at least eight meetings with senior US officials, including Biden, who he is due to meet at 2:00 p.m. local time, according to the White House schedule.

Previous : Evidence for vaccine booster shots isn’t clear, but Biden moves ahead anyway
Next : National Guard to Be Deployed in Idaho as State Struggles to Handle Overwhelming COVID Cases