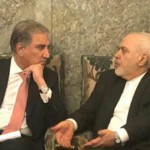 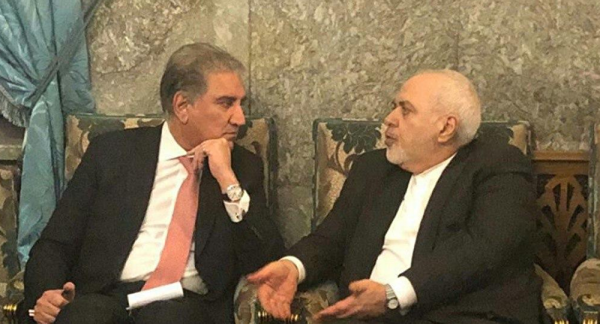 Pakistani Foreign Minister Shah Mahmood Qureshi is set to begin a regional tour on Tuesday, beginning with neighboring Iran, where he will meet with his counterpart, Mohammad Javad Zarif, with the new Taliban government in Afghanistan at the top of their agenda. It’s just the last in a flurry of diplomatic coordination on the issue.

At a Monday press conference, Qureshi said that it was important for regional powers to help ensure a stable future for Afghanistan after the Taliban’s sudden seizure of power last week, noting peace in the war-torn country “is inevitable for its neighbors and neighboring countries.”

Earlier this month, the Taliban’s lightning offensive in the face of a negotiated US withdrawal was crowned by the peaceful surrender of Kabul as Ashraf Ghani, the now-exiled president, fled to the United Arab Emirates. US and Afghan officials had said they expected the city to hold out for at least another month, so the city’s sudden surrender sent nations around the globe scrambling for a united policy on the new Taliban government, which is known for its extremely strict interpretation of Sunni Islam and for harboring terrorist groups like al-Qaeda and the East Turkestan Islamic Movement (ETIM).

Taliban leaders have already promised the US not to support al-Qaeda and China not to support the ETIM, but on Monday, Pakistani Interior Minister Sheikh Rashid said the Afghan Taliban had also reassured Islamabad it would not give refuge to Tehreek-i-Taliban Pakistan (TTP), a similar group on the Pakistani side of the border.

The US occupation of Afghanistan, slated to end next week, began in October 2001 after al-Qaeda used Taliban-ruled Afghanistan as a base from which to plan and execute the September 11, 2001, terrorist attacks against the US. The Taliban, themselves former US clients used to overthrow the socialist Democratic Republic of Afghanistan and frustrate the stability efforts of the DRA’s Soviet allies, were quickly overthrown by the US invasion. However, the Taliban reorganized and mounted a new insurgency against US forces and the new Afghan government they set up. Last week’s triumph marks the final success of that 18-year campaign.

His point of view was echoed by Amina Khan, director of the Centre for Afghanistan, Middle East and Africa (CAMEA) at the Institute of Strategic Studies Islamabad (ISSI), at a Monday forum.

According to Iran’s Islamic Republic News Agency, Khan said Tehran “shares a consolidated view with its neighbors over Afghanistan, entailing regional ownership, recognition of an inclusive political settlement, and role of the Taliban as a major component of a peaceful settlement, as well as curbing transnational terrorist groups like the Daesh,” which, like al-Qaeda and the Taliban, are extremely hostile to Shiite Muslims and have massacred Shiites in Iraq and Syria.

As Sputnik reported, last week several Chinese diplomats held talks with their counterparts in Iran and Pakistan that amounted to essentially the same position, and Chinese troops carried out counterterrorism drills with their Tajik counterparts.

An essential component of their position is that regional economic integration would encourage stable rule in Afghanistan – something the former Afghan government also pursued, attempting to join the Shanghai Cooperation Organization. With Iran poised to become its newest member, Afghanistan will be all but surrounded by members of the political, economic and military bloc and would stand to benefit enormously from the infrastructure projects its neighbors would want to pursue in the name of regional integration.

Within Afghanistan, the same message is being spread by Gulbuddin Hekmatyar, a warlord who, with US backing, fought against the socialist Afghan government in the 1980s before contesting rule of the country with the Taliban in the 1990s. He later made an attempted foray into electoral politics under the US occupation. Hekmatyar has formed part of a peace council representing what remains of the US-backed Afghan government alongside the former Afghan reconciliation chief, Abdullah Abdullah, and former Afghan President Hamid Karzai.

“The Afghans are tired of the long conflict and fighting, and now they want to bring peace and stability to their country and collectively work for its reconstruction and progress,” Hekmatyar said, encouraging the Taliban to build a government of national unity that would have the support of the country’s many ethnic groups.

He added that while intra-Afghan talks had so far failed to yield a solution and might not now, “the US and other forces have no right to interfere in the issue. It is the sole prerogative of the Afghan people to decide about their future.”