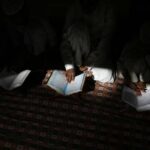 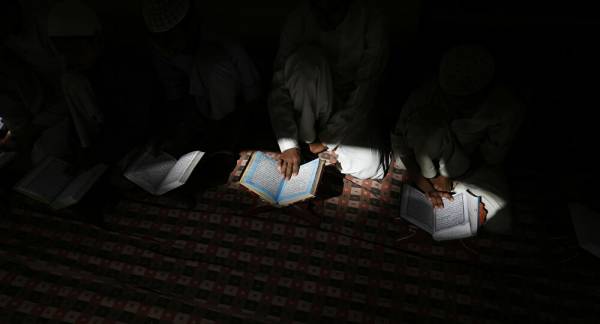 On 2 September, the Jharkhand state government provided an allotted hall for Muslim lawmakers to offer their Friday prayer. The decision raised ire among opposition Bharatiya Janata Party (BJP) lawmakers and now they’re demanding a Hindu temple on the premises of the the state assembly.

BJP lawmakers on Monday held a protest at the Jharkhand state assembly demanding a withdrawal of a state government order allowing a prayer room for Muslims. The state government is led by Heman Soren, a tribal leader who defeated Modi’s BJP in the last elections.

A video posted by BJP lawmaker Manish Jaiswal on Monday on Twitter shows that leaders sitting at the assembly stairs where they can be heard reciting Hindu religious chants.

​”Withdraw the decision allocating a dedicated room to Muslims for prayers,” read a placard, loosely translated from Hindi.

Senior BJP leader C.P. Singh said, “We’re not against the namaz (Friday prayer) room, but the Speaker should also construct a Hanuman (Hindu God) temple inside the Assembly premises. If the Speaker approves, we can build the Temple at our own cost.”

“The government should allow five rooms for the other religions, including Hinduism, Christianity, Buddhism and Jainism as well,” another BJP lawmaker and ex-state chief Babulal Marandi told reporters.

“I think prayer halls for Muslims have been there in other Assemblies and Secretariats as well. There is nothing new in Jharkhand,” P.N. Jha, a political observer, told The Hindu, an Indian daily newspaper.

Previous : Taking Care with Babushka Classics, at Tzarevna
Next : Lavrov: Russia Will Support Formation of New Afghan Government if It Is Inclusive