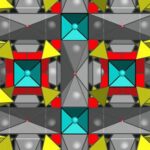 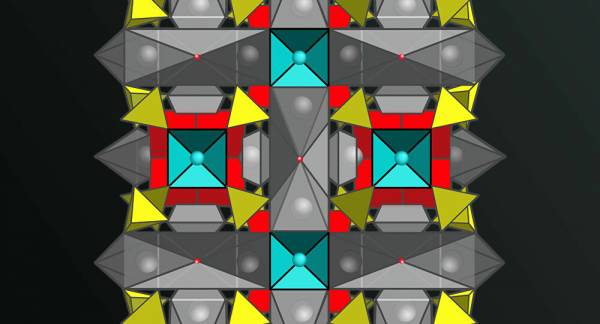 Russian scientists have successfully synthesised a new material that exhibits the properties of “spin liquid”, a special magnetic phase of matter characterised by spins of individual atoms that do not freeze, even at temperatures close to absolute zero.

These materials could be used in quantum technologies based on the entanglement of the wave functions of individual particles. The study results were published in the Journal of Inorganic Chemistry.

Spin, the intrinsic magnetic moment of the electron, is a universal property of elementary particles. Many materials have disordered and moving particle spins at room temperature, and only freeze and become organised as the temperature decreases.

Quantum spin liquid is an extremely rare phase of matter where electron spins remain disordered and continue moving even at temperatures close to absolute zero. Scientists have considered the possibility of the existence of such a phase of matter since the dawn of quantum mechanics, but have only recently begun to search for such material.

The mineral Herbertsmitite has copper ions as carriers of the magnetic moment that form perfect two-dimensional kagomé lattices (kagomé is the pattern of Japanese wicker ware with a hexagonal motif) has been considered as a prime candidate for producing a spin liquid. Thanks to the discovery by Russian scientists, another substance has been added to the list of materials potentially possessing spin liquid properties.

Researchers from Lomonosov Moscow State University and the National University of Science and Technology MISiS (NUST MISIS) have synthesised a novel sodium bismuth oxo-cuprate phosphate chloride with a square-kagomé-type lattice in which no magnetic order is formed when cooled to -271°C. The researchers have therefore hypothesised that the material created exhibits spin subsystems behaving like a mixed-up spin liquid at low temperatures.

The synthesised object consists of atoms of sodium, copper, bismuth, phosphorus, oxygen and chlorine, said Alexander Vasiliev, one of the authors of the research and Head of the Functional Low-Dimensional Structures Laboratory at the National University of Science and Technology MISiS.

According to the scientist, the second layer is combined of polyhedrons containing sodium, phosphorus and copper atoms in the centres and oxygen and/or chlorine atoms in the vertices.

He further added that the material could find future applications in quantum technologies based on the entanglement of the wave functions of individual particles.