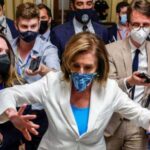 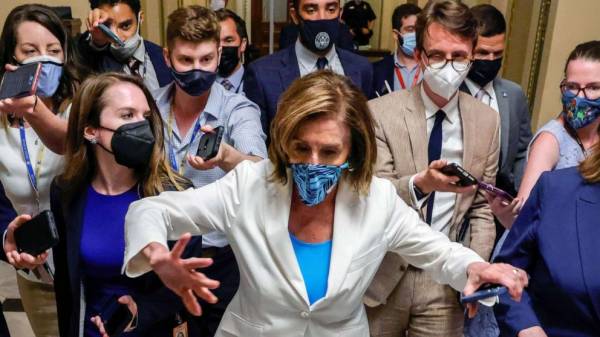 The House voted to approve a procedural measure on Tuesday that will advance key parts of President Joe Biden’s domestic agenda after a group of moderate Democrats threatened to unravel it all.

All 10 moderate Democrats who held up passage of the procedural measure due to their demands for a vote on the bipartisan infrastructure bill ended up voting for it. There were no Democratic defections, marking another win for House Speaker Nancy Pelosi amid internal intraparty infighting.

The last-minute haggling with the moderate wing of the party is a clear indication that the coming days and weeks will be challenging, as Democrats take pen to paper to craft a massive $3.5 trillion “human” infrastructure bill.

Moments after the House approved the measure, another faction of the party — the Congressional Progressive Caucus — issued their own warning to leadership.

“Our position remains unchanged: we will work to first pass the Build Back Better reconciliation bill so we can deliver these once-in-a-generation, popular, and urgently needed investments to poor and working families, and then pass the infrastructure bill to invest in our roads, bridges, and waterways. As our members have made clear for three months, the two are integrally tied together, and we will only vote for the infrastructure bill after passing the reconciliation bill,” CPC chair Rep. Pramila Jayapal said in a statement.

“We are a diverse family,” House Democratic Caucus Chairman Hakeem Jeffries said of the internal divisions over the Democrat’s infrastructure strategy. “At times, we are an enthusiastic family.”

“Democracy is messy and Democrats are not a cult, we’re a coalition. … When you have a coalition as opposed to a cult, you work through issues, but you do it as a family. That’s what we’ve always done,” Jeffries added.

“From the very beginning there was never a disagreement about substance. Within the family sometimes there are disagreements about approach. And we’ve worked through the differing opinions over the last few hours,” Jeffries said.

“At the end of the day the most important thing is as Democrats we remain united behind the objectives that have been set by President Biden,” he said.

House Democratic leaders had attempted to pull off a risky maneuver late Monday to approve a $3.5 trillion budget framework that will move along Biden’s infrastructure plan, but Pelosi was forced to abandon that plan at the 11th hour after negotiations fell flat around midnight.

On Tuesday, Democrats reconvened behind closed doors and announced a deal was close to emerging between the warring factions.

“I’m sorry that we couldn’t land the plane last night, and that you all had to wait. But that’s just part of the legislative progress. I think we’re close to landing the plane,” Pelosi said to her Democratic colleagues, according to a source familiar with discussions.

Jonathan Ernst/ReutersHouse Speaker Nancy Pelosi is trailed by reporters as she departs a meeting with fellow House Democrats at the Capitol in Washington, Aug. 23, 2021.

The House Committee on Rules met for a third time on Tuesday afternoon to add language to the procedural measure that said the House “shall consider” the bipartisan infrastructure bill on Sept. 27 if the House hasn’t already acted on the bill before then. This change to the language was expected to assuage concerns from moderates who wanted a firmer timeline before committing to the procedural vote Tuesday.

Pelosi’s strategy to consolidate the budget resolution’s final passage with the procedural rule was expected to pay off in the face of growing discontent among some moderates who had demanded a standalone vote on the bipartisan infrastructure bill that passed the Senate earlier this month.

Pelosi has long vowed to hold on to that bipartisan bill until the much larger, $3.5 trillion “human” infrastructure bill filled with Democratic priorities is passed first.

Up until Tuesday morning, it was unclear if Democrats had the votes to pass the procedural rule at all.

Kevin Dietsch/Getty ImagesRep. Josh Gottheimer and Rep. Henry Cuellar walk to the office of House Speaker Nancy Pelosi at the Capitol on Aug. 23, 2021 in Washington, D.C. Gottheimer and a group of Democrats are pressing Pelosi to pass the bipartisan infrastructure bill first before taking up the budget reconciliation bill.

Pelosi urged Democrats to stand united on the budget resolution while subtly criticizing moderates who vowed to block the bill from moving forward during a closed-door caucus meeting Monday evening,

“Right now, we have an opportunity to pass something so substantial for our country, so transformative we haven’t seen anything like it,” she said.

“Our people who put a Democrat in the White House and Democratic Congress are watching to see how we meet their needs,” she added.

“We cannot squander this majority and this Democratic White House by not passing what we need to do,” she said.

Later Tuesday, the House was also expected to cast a final vote on the John Lewis Voting Rights Advancement Act before the lower chamber heads off — again — for the rest of its summer recess.

Once the House concludes its business on Tuesday, members are not expected to return until mid-September.