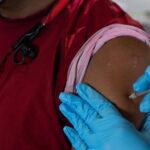 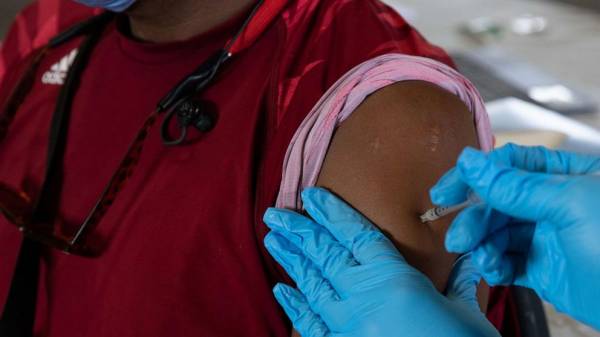 The U.S. is poised to begin rolling out booster shots in a matter of weeks, with still one major sticking point to resolve: It’s not entirely clear yet that third shots are needed.

But health experts advising the government on that decision say the August announcement by Biden’s political appointees came as somewhat of a surprise. It also was unclear, they said, why that date was chosen at all.

Evidence for boosters is still mixed, and announcing a timetable — while likely popular with much of the public — put independent government regulators in a corner by suggesting they would sign off no matter what.

MORE: 5 things to know about Biden's plan to roll out COVID boosters this fall

“That doesn’t mean you can’t get out (of the decision), but I think the public expectation is that boosters are needed now,” said Dr. Henry Bernstein, a pediatrician at Northwell Health Cohen’s Children Medical Center in New York who has advised the Centers for Disease Control and Prevention on vaccines.

“There’s a lot more data to be reviewed and work to be done in evaluating whether boosters are needed in various populations,” Bernstein added.

The question of whether America’s immunity is waning has become an urgent question in recent months with the rise of the delta variant and large pockets of the country still unvaccinated.

The latest analysis, released Monday by the CDC, found troubling signals on the ability of vaccines to prevent infections and to keep older people out of the hospital.

Whereas the vaccines were 90% effective in June at preventing hospitalization in people ages 75-plus, that number fell to around 80% in July.

But even with such a drop, the data still suggests extraordinary protection against becoming seriously ill with COVID-19. It also raises more questions than it answers: Is immunity waning with time? Is the delta variant making people sicker? Is this a problem mostly for older Americans, whose immune systems are less robust to begin with?

Young adults under age 49 are still 24 times more likely to end up hospitalized if unvaccinated. And the vast majority of people in the hospital are unvaccinated, suggesting the vaccines are holding up in real world scenarios.

“We don’t have a lot of evidence of reduced vaccine effectiveness against important outcomes in most of the population based on our current data,” said Dr. Beth Bell, a professor at the University of Washington and independent adviser to the CDC who will help decide whether to recommend boosters to Americans.

Dr. Yvonne Maldonado, who works with the CDC advisory panel on behalf of the American Academy of Pediatrics, was among those who said the Sept. 20 date was a surprise and that it’s unclear why it was chosen.

During a meeting of CDC advisers, Maldonado said she was fielding text messages from colleagues asking: “Why are we rolling out detailed plans for this when it sounds like we still don’t know?”

Typically, the Food and Drug Administration reviews data before announcing any decision on whether a vaccine can be administered. Then a CDC advisory group of experts weighs in, and the CDC director signs off on whether to recommend the vaccine to the public.

In this case, Biden’s political appointees involved in the pandemic response — including acting FDA chief, Dr. Janet Woodcock — agreed on the Sept. 20 date before that process played out. And with the crisis in Afghanistan still unfolding, the president switched gears to the pandemic, publicly unveiling his commitment to every American getting a booster shot eight months after their immunization.

MORE: Biden administration to begin rolling out booster shots the week of Sept. 20

Pfizer and BioNTech, which partnered to develop the nation’s first vaccine, have said they have early data suggesting that a booster dose anywhere from six to 12 months after the initial vaccination will help maintain a high level of protection. That data has not yet been shared publicly.

“The frustration too comes in part due to the sense of urgency here as well, because of the public pressure to get the booster. Everyone would like data that are still evolving,” Maldonado said.

Emily Elconin/Getty ImagesA patient receives his booster dose of the Pfizer-BioNTech coronavirus vaccine during an Oakland County Health Department vaccination clinic at the Southfield Pavilion on Aug. 24, 2021 in Southfield, Mich.

On Tuesday, the FDA confirmed two longtime vaccine officials were planning to depart the agency. Their exit, addressed in a memo to staff, followed news reports citing the officials’ frustration with the process. Woodcock told colleagues she was confident in the leadership of the FDA’s vaccine chief Peter Marks, who planned to remain in his position.

“We have put together a plan that will allow us to continue prioritizing science, while meeting timelines that are important to ensuring the end of this devastating pandemic,” she wrote in the staff email.

Other top political appointees also defended the Sept. 20 date on Tuesday. CDC Director Rochelle Walensky told reporters during a White House press briefing that there was international data that will be presented and likely play a role in the regulatory decision on boosters.

Jeff Zients, Biden’s COVID coordinator, noted that the FDA and CDC had signed on to the plan for a Sept. 20 rollout.

“The bottom line, this virus has proven to be unpredictable, and we want to stay ahead of it, and plan for every scenario, and that’s been our approach from day one and will continue to be our approach,” he said.

Previous : GOP struggles for united Afghanistan messaging: The Note
Next : US Under Secretary Nuland Meets Ukraine’s Zelensky Ahead of His Meeting With Biden