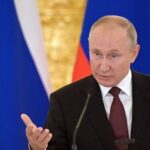 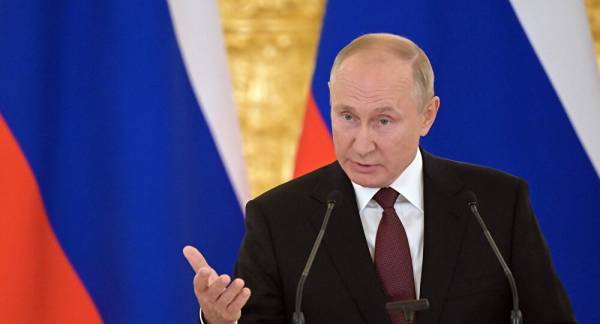 MOSCOW (Sputnik) – The Nord Stream 2 pipeline that will carry Russian natural gas to Germany under the Baltic Sea is just 15 kilometres away from its completion, President Vladimir Putin said on Friday.

Putin assured Merkel, who paid a farewell visit to Moscow on Friday, that Russia would respect its obligations under the gas transit deal with Ukraine.

Russia is now waiting for the European Union to share its forecast for projected imports of Russian natural gas after 2024.

“We cannot sign a transit deal as long as we have not secured delivery contracts with consumers in Europe,” he explained.

Merkel said that she discussed with President Putin the Nord Stream 2 and agreements with the United States on the gas pipeline project.

Putin said that he discussed with Merkel the situation in Donbas.

The Russian leader asked Merkel to influence Kiev to fulfil all its obligations on Donbas during her forthcoming visit to Ukraine.

Putin also expressed his hope that Russia will continue dialogue with Germany on settling the Donbas conflict in the nearest future.

Previous : Evidence of WWII Killings by Nazis Found in ‘Death Valley’ in Poland
Next : Putin Reportedly Rebuffed Biden’s Push to Put US Troops in Central Asia Amid Afghan Withdrawal