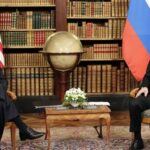 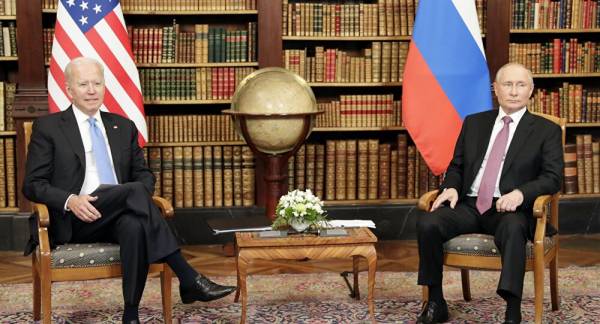 After announcing plans to withdraw all US troops from Afghanistan by September this spring, the Biden administration sent out diplomatic feelers to the nations of Central Asia to discuss whether the latter might be interested in hosting American soldiers.

Russian President Vladimir Putin told US President Joe Biden flat out at their Geneva summit in June that Moscow would be opposed to the deployment of US forces in Central Asia, the Wall Street Journal has reported, citing senior US and Russian officials said to be familiar with the matter.

Russian Deputy Foreign Minister Sergei Ryabkov confirmed to the Wall Street Journal that Moscow does not see “how any form of US military presence in Central Asia might enhance the security of the countries involved and/or of their neighbours,” adding that such a deployment “would definitely not be in the interests of Russia.”

Officials speaking to the newspaper complained that Russia’s position has “complicated” the Pentagon’s options when it comes to the basing of drones and other equipment near Afghanistan. One former senior Pentagon official said that without bases in Central Asia, the US will have to launch any drone strikes into Afghanistan from bases the Persian Gulf or from an aircraft carrier deployed in the Indian Ocean. If the drones are deployed from the Gulf, they will spend over 60 percent of their time in the air just flying to their targets, the official estimated.

US forces were briefly based in Tajikistan in 2001, and Washington stationed troops in Uzbekistan between 2001-2005, with these forces kicked out of the country after the government accused America of fomenting civil unrest. Between 2001 and 2014, the US had a major military facility at the Manas Air Base in Kyrgyzstan, using it to shuttle troops into and out of Afghanistan. The base was closed by then-President Almazbek Atambayev in late 2014 after several years of negotiations.

Even Russia, with whom the US currently has chilly relations for a number of reasons, allowed US and NATO forces to transit to Afghanistan through Russian airspace between 2008 and 2015, and even let the alliance set up a controversial logistics facility in the city of Ulyanovsk in 2012 (the base almost never used, and was closed down in 2015).

According to former US diplomat William Courtney, Moscow’s perception of the US mission in Afghanistan shifted with time, with Moscow no longer believing that the US presence could “fix things” in the war-torn country. “Now we have been humbled. They don’t’ believe that we will be reliable protectors against Taliban influence in Central Asia. Their main concerns are Islamic radicals coming north and narcotics coming north,” Courtney said.

In recent months, the State Department has sent out diplomatic feelers to determine if Central Asian countries would be interested in hosting US forces, but have reportedly not met with any luck. In July, US Homeland Security officials traveled to Tashkent, Uzbekistan to discuss possible counterterrorism cooperation, while State and Pentagon officials met with the Uzbek and Tajik foreign ministers in Washington.

Tajikistan and Kyrgyzstan are allied to Russia through the Collective Security Treaty Organisation (CSTO), and Uzbekistan, which suspended its membership in the alliance in 2012 and does not allow any foreign country to station troops on its territory, nevertheless continues to maintain strong economic and security ties with Moscow. The Russian base in Dushanbe, Tajikistan is Moscow’s largest foreign military base, housing 7,000+ troops, several hundred tanks, armoured personnel carriers, artillery, drones, S-300s and over a dozen aircraft. Last month, Russian troops took part in joint drills with Tajik and Uzbek forces at training grounds near the countries’ borders with Afghanistan.