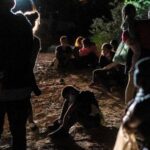 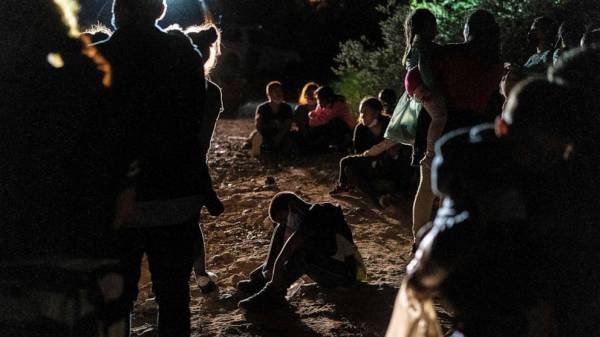 Customs and Border Protection encountered more than 200,000 individuals at the southern border in July, reaching a number not seen in two decades, according to preliminary figures referenced by a senior Department of Homeland Security official in a court filing Monday.

In the first 29 days of July, CBP encountered an average of 6,779 individuals per day, including 616 unaccompanied children and 2,583 individuals in family units. Overall, the agency encountered a “record” 19,000 unaccompanied minors during that period and the second-highest number of family unit encounters, at around 80,000, Assistant Secretary for Border and Immigration Policy at the DHS David Shahoulian said in the filing.

The number of individuals encountered at the border is the highest since fiscal year 2000, according to CBP records. Unauthorized migrants encountered by CBP in the border region are arrested and detained for processing. So far this year, the majority have been expelled under Title 42, a decades-old section of the public health code implemented during the COVID-19 pandemic, but more than 300,000 have been remanded to Immigration and Customs Enforcement custody or released with future court dates.

Border crossings have been increasing, rising every month since October 2020. Last month, 188,829 migrants attempted to cross the border, according to CBP, reaching 210,000 encounters with individuals at the southern border in July. By comparison, in July 2019, CBP encountered 81,000 individuals attempting to cross the border, and in July 2020, the number was 40,000.

The filing came in response to a lawsuit filed by the American Civil Liberties Union and other advocacy groups seeking to overturn the Title 42 restrictions along the southern border. The Trump-era measure currently restricts anyone coming into the country due to the COVID-19 pandemic. The coalition of advocacy groups fighting Title 42 expulsions argue the measure illegally restricts access to asylum opportunities for those fleeing violence and persecution. Immigration officials have acknowledged the rapid nature of the expulsions — with some carried out in less than 24 hours.

While Shahoulian suggested the number of border crossers were unique individuals, typically when CBP reports encounters it includes those who have made multiple crossing attempts. In June, for example, about a third of migrants arrested at the border had attempted to cross at least once before in 2021.

The Centers for Disease Control and Prevention announced Monday — the same day the ACLU renewed its lawsuit — that it would extend Title 42, continuing to cite concerns about the COVID-19 pandemic.

Go Nakamura/ReutersAsylum-seeking migrant families from Central America wait to be processed by the U.S. Border Patrol agents after crossing the Rio Grande river into the United States from Mexico in Roma, Texas, July 30, 2021.

Go Nakamura/ReutersAsylum-seeking migrant families from Central America wait to be processed by the U.S. Border Patrol agents after crossing the Rio Grande river into the United States from Mexico in Roma, Texas, July 30, 2021.

Homeland Security Secretary Aljeandro Mayorkas told reporters at a news conference in Mexico City in June that Title 42 is “not a tool of immigration policy.”

But Shahoulian, in the court filing, said that CBP has “limited capacity to hold and process families, and the current migrant surge and ongoing pandemic have only compounded these issues.”

He said the delta variant of COVID-19 has made the situation at the border more complicated because of the speed in which it spreads.

MORE: Crisis at the border: How it happened and what is being done

“The rates at which encountered noncitizens are testing positive for COVID-19 have increased significantly in recent weeks,” he said.

He added that lifting the Title 42 restrictions now would be a danger to not only migrants, but also to DHS employees.

“And although the rate of infection among CBP officers had been declining, this rate recently began increasing again, even though the percentage of officers and agents who have been fully vaccinated has grown significantly since January. This has led to increasing numbers of CBP personnel being isolated and hospitalized,” he said.

The extension of Title 42 was cheered by Republicans who have maintained there is a crisis along the southern border due to the influx of migrants coming into the country.

The Biden administration has made other efforts to reduce the number of migrants under Homeland Security custody. Since the beginning of this year, it has worked to set up emergency shelters for unaccompanied minors, and employees from across the federal government have been sent on temporary assignments to staff immigration facilities.

Authorities at the border even started releasing a growing number of migrants into the interior of the U.S. without court dates, ABC News reported earlier this year.

Previous : Russia Undocks Pirs Module From ISS Ahead of Nauka Module Arrival
Next : Meet the woman who could succeed Cuomo