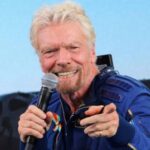 Virgin Galactic restarts space-trip sales at $450,000 and up 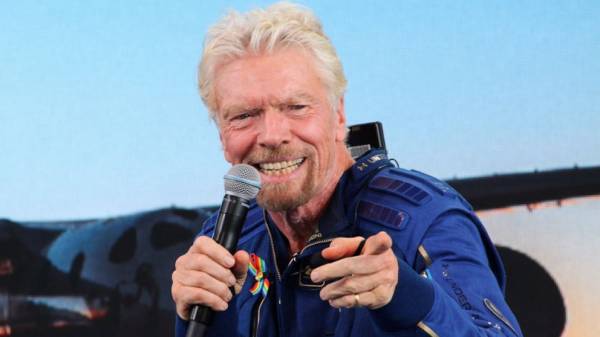 The ticket window is open again for space flights at Virgin Galactic, with prices starting at $450,000 a seat.

The space-tourism company said Thursday it is making progress toward beginning revenue flights next year. It will sell single seats, package deals and entire flights.

Virgin Galactic announced the offerings as it reported Thursday that it lost $94 million in the second quarter on soaring costs for overhead and sales. The company posted revenue of $571,000, barely enough to cover one seat on a future flight.

The company’s most noteworthy recent achievement came last month, after the quarter ended, when founder Richard Branson and five crewmates soared to 53.5 miles (86 kilometers) above the New Mexico desert.

CEO Michael Colglazier said the company resumed sales on Thursday to take advantage of a surge in consumer interest after the flight by Branson, who beat rival billionaire Jeff Bezos and his Blue Origin ship into space by nine days.

The company based in Las Cruces, New Mexico, won regulatory approval in June to fly people into space.

Virgin Galactic said “early hand-raisers” will get first priority to book seats, and another list will be created for new customers.

The company’s next spaceflight is scheduled for late September in New Mexico with the Italian air force.

Virgin Galactic said it ended the quarter with cash and equivalents totaling $552 million.

The results were released after the stock market closed. The company’s shares were up nearly 5% in after-hours trading.

Previous : ‘We lost Greenville’: Wildfire decimates California town
Next : Rory McIlroy buoyed by Olympics display as he looks to have ‘fun’ in Memphis