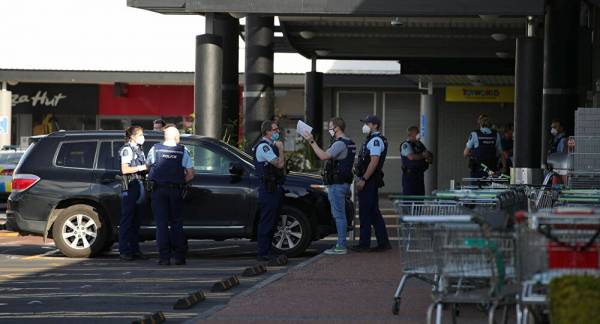 While the perp was followed by police surveillance team and a specialist tactics group, the law enforcement officers apparently had no reason to suspect that he was planning an attack on that day.

New Zealand Prime Minister Jacinda Ardern has announced that the perpetrator of a violent stabbing attack at an Auckland supermarket on Friday was in fact well known to the country’s security agencies.

According to AP, Ardern, who branded the incident in question a terror attack, said that she had been briefed about the perpetrator in the past but there had apparently been no legal reason to detain him.

The prime minister said that the attacker was a Sri Lankan national inspired by Daesh* terrorist group, who arrived in New Zealand in 2011 and attracted the interest of national security forces since 2016.

The attack occurred on Friday at a Countdown supermarket in Auckland, with witnesses saying that the attacker shouted “Allahu akbar!” and started stabbing random shoppers.

Police Commissioner Andrew Coster said that a police surveillance team and a specialist tactics group had followed the perp from his home to the supermarket, though they apparently had no reason to suspect that he was planning an attack on that day.

Coster also said that two members of the special tactics group rushed over as soon as the commotion started, and that they shot and killed the perpetrator when he charged them with a knife.

Prior to his demise, the attacker managed to stab six people, three of whom were rushed to Auckland hospitals in critical condition; one injured shopper was in serious condition and the other two were in moderate condition, the media outlet notes.