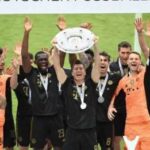 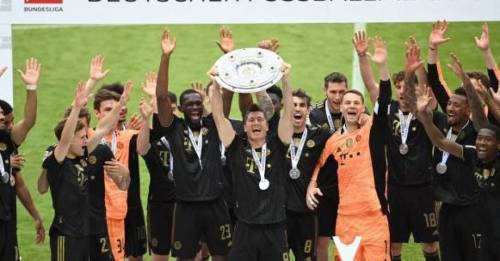 Sky Sports has won the exclusive rights to show the Bundesliga in the UK and Ireland for the next four seasons.

As the home of German top-flight football, they said fans will be able to tune in to watch superstars including Borussia Dortmund’s Erling Haaland and 30-time Bundesliga champions FC Bayern München as they challenge for domestic glory from the 2021/22 to 2024/25 seasons.

Sky Sports’ coverage of the league will begin at 7.30pm on Friday, August 13th with champions FC Bayern München travelling to Borussia Mönchengladbach, before eight time league winners Borussia Dortmund take on Eintracht Frankfurt on the Saturday, with kick off at 5.30pm.

In addition to the Bundesliga, Sky Sports will also broadcast the German Supercup live, with Borussia Dortmund and FC Bayern München going head-to-head on, August 17th at Signal Iduna Park.

Sky said the premium fixture of each weekend will be shown live every Saturday at 5.30pm on Sky Sports Football, with further matches broadcast via Sky Sports linear or digital channels including Sky Sports YouTube.

They said the deal widens the Sky – Bundesliga partnership, with deals in place across the Sky Group in UK, Ireland, Italy, Germany (including German language rights in Switzerland, Liechtenstein, Luxembourg and South Tyrol) and Austria.

Speaking about the partnership, Sky Sports managing Director Jonathan Licht said: “We’re delighted to have acquired the rights to the Bundesliga. Sky Sports customers will have the opportunity to watch some of the best players in the world as well as some of the leading teams in Europe.”

Meanwhile, Bundesliga International chief executive Robert Klein added: “This is a partnership that will deliver the best of the Bundesliga week-in, week-out, through world-class production and multi-platform coverage.

“With Sky as our partner, Bundesliga fans will benefit from a first-class football viewing experience. This, paired with the Bundesliga’s trademark attacking style of football, means that fans can expect an action-packed season, featuring some of the world’s best players and the most exciting up-and-coming talent.”

Previous : Mars rover comes up empty in 1st try at getting rock sample
Next : US States of Florida, Louisiana Hit Record Coronavirus Cases Due to Delta Variant