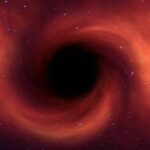 The black hole emitting the X-rays in question is located in a binary system some 7,800 light years from Earth.

A new image of what looks like a set of rings around a black hole has been released by NASA.

According a statement by the US space agency, the image, produced with data obtained via NASA’s Chandra X-ray Observatory and the Neil Gehrels Swift Observatory, shows a set of separate, concentric rings circling the black hole that is part of a binary system called V404 Cygni and is located about 7,800 light years away from our planet.

This spectacle is apparently a product of X-rays emitted by the black hole, with NASA explaining how an X-ray burst from V404 Cygni detected in 2015 “created the high-energy rings from a phenomenon known as light echoes.”

The space agency also points out that these rings help astronomers learn more about what lies between V404 Cygni and Earth, as “the diameter of the rings in X-rays reveals the distances to the intervening dust clouds the light ricocheted off.”