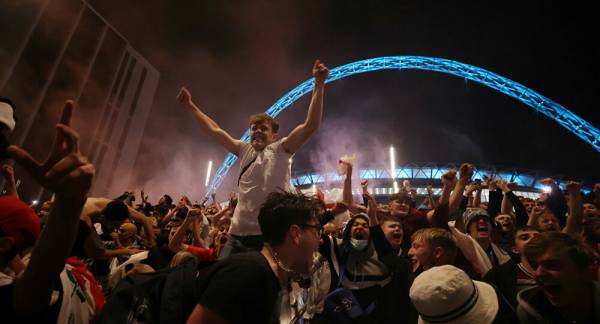 MOSCOW (Sputnik) – The Public Health England has described the UEFA Euro 2020 final at the Wembley Stadium in London as a COVID-19 superspreader event, media reported on Saturday.

The authority said that about 2,300 people, who attended the final match, were “likely to be infectious” with the coronavirus at the event, while a further 3,404 people developed coronavirus symptoms shortly after the match, having possibly been infected there, The Times reported.

The match between the national teams of England and Italy ended with the latter’s victory in a penalty series.

There were, in fact, several conditions imposed by the UK that were supposed to be complied with. The UK government said that fans can travel to the UK to watch the EURO 2020 final match only if they have a ticket and their country is not on a red or amber COVID-19 list.

Italian fans also had to use charter flights and specially designated transport from the airport to Wembley Stadium, where the final took place, and their stay in the UK capital was limited to 12 hours.

Previous : Spain to Send 30 Tonnes of Humanitarian Aid to Earthquake-Hit Haiti
Next : How people in the US can help arriving Afghans