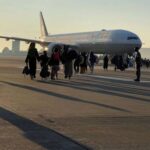 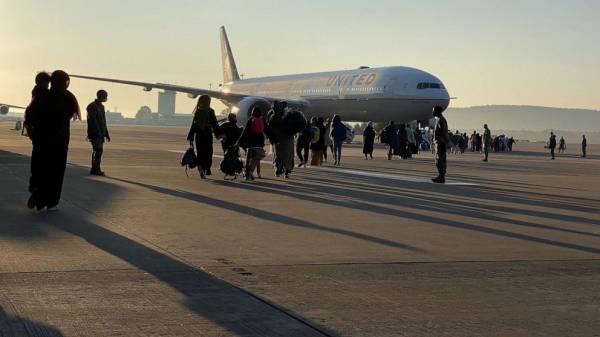 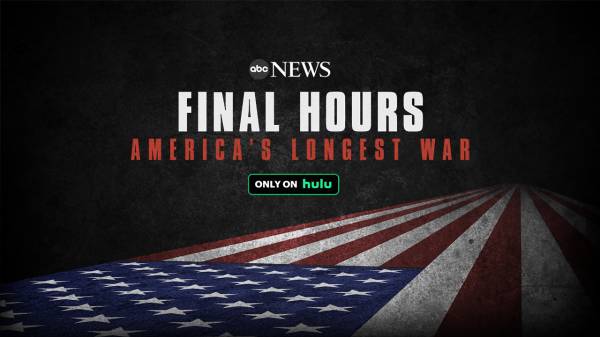 ABC News SpecialThis special dives into the chaotic events of recent weeks, from the U.S. moving personnel out of its embassy to the desperate Afghans who clung to planes in hopes of fleeing the country.Stream On Hulu

For the thousands of Afghan evacuees bound for the U.S., their rescue flights to America were just one more step in a long journey, but for the airline crews who brought them here — the flights are the most memorable of their careers.

“You felt a part of them because you were the first face they saw when they left those gates,” United Airlines flight attendant Hope Williams said after a flight from Doha, Qatar, to Ramstein Air Base in Germany. “I think when someone tells you that you’re going to safety, that’s what makes the difference.”

Williams worked one of the first U.S. relief flights for United.

“I feel like I lived up to the name my parents gave me. My name is Hope, and even for seven hours — it was short, but I gave them hope,” Williams told ABC News in an interview at Washington Dulles International Airport. “It was a relief to see the children once they made it onto the plane, even at a young age. I think they understood that they were safe.”

United, American and Delta are among six U.S. commercial carriers that bring evacuees to the U.S. under Civil Air Reserve Fleet (CRAF), a Department of Defense program that allows the federal government to use commercial planes during a national defense crisis. The program has only been activated twice before.

Onboard Williams’ flight were dozens of young children, a mother who had a caesarian section three days earlier, her newborn child and an amputee who had been thrown over the airport wall in Kabul. Many had no idea of the plane’s destination.

“Immediately everyone said, where are we going? We’re going to Germany. Where are we going after that? The United States of America. There are a lot of smiles, especially from the children. They did speak English and were able to articulate that to the parents.”

For many evacuees, it was their first time flying.

“I had an elderly lady friend in the back. And unfortunately, the seat that she was sitting in was just to two seats. She was able to sit there by herself, but towards the end, like during the flight, she laid down on the floor, it was just so uncomfortable. But that’s not safe. We’re not allowed to do that. So just talking to her, rubbing her back, I think that made the difference. Felt like grandma to me,” Williams said.

When the first flights arrived at Dulles, federal officials weren’t fully prepared for the arrivals. Evacuees were kept on planes as long as 12 hours after landing. United brought food, diapers, toy and new crews on board to help.

Monique Williams is normally a manager at Dulles but is also a trained flight attendant. When the first flight waited at the gate for six hours with the original crew, she swapped in and stayed on board until customs agents finally gave clearance to deplane.

“I spoke to a woman who was on board with her husband and her twin kids, a boy and a girl. And she was talking to me about her, how her husband works for the U.S. government. And she was discussing how they had to basically within 10 minutes time, pick up whatever they could carry to get in a car, to get out of one location, to try to change cars, to get into another location, to change cars again for the third time, to finally get to the [Kabul] airport. And she mentioned how it was days that they didn’t have adequate food or water, they didn’t shower,” she said.

“They’ll never be another moment like this in my career. And we at United Airlines, all of us, we’re honored to play a small role in helping get the people back here to the United States,” Kirby said. “Dulles Airport for many of these people is going to be like the Statue of Liberty and Ellis Island. This will be the place that they always remember where they came to freedom.”

Previous : Why the Texas abortion law could be in effect for ‘months at a minimum’
Next : New Zealand PM Reveals Why Supermarket Stabbing Spree Perpetrator Wasn’t Jailed Before Attack