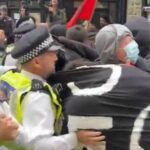 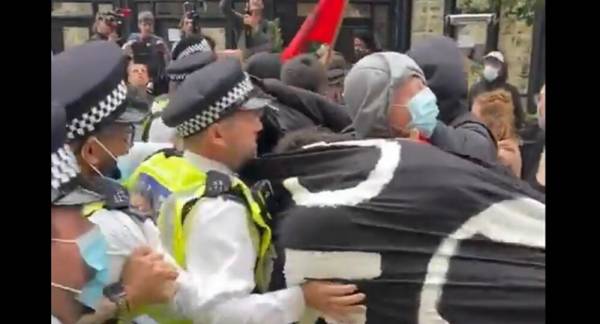 On Saturday, an anti-immigration rally was held outside the Home Office’s Visa and Immigration centre in south London, as the UK prepares to resettle some 20,000 of Afghan citizens evacuated from the country.

Tensions escalated in London on Saturday, as Antifa counter-protesters turned up at an anti-immigration rally in London to proclaim that “refugees are welcome” in the UK.

Videos from the scene show how police were trying to separate Antifa demonstrators from a small anti-immigrant rally just outside Lunar House in Croydon, south London, which houses the Home Office’s Visas and Immigration division.

​As officers pushed against the counter-protesters they accused the police of “protecting fascists”, as clips from the scene show.

The United Kingdom said it will allow about 20,000 Afghans into the country through a long-term resettlement scheme. Overall, Britain has evacuated some 15,000 people from Afghanistan since 15 August.