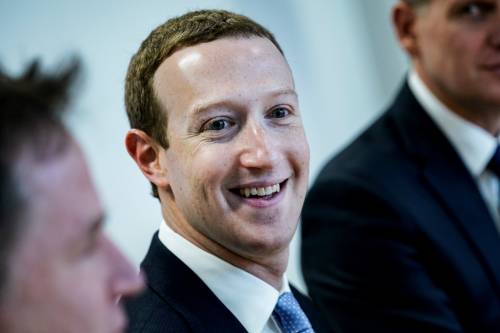 Facebook’s plan to change its company name, as first reported by The Verge, comes at a peculiar time. The nearly $1 trillion company that owns Instagram and WhatsApp is facing its biggest scandal in years over damning internal documents leaked by a whistleblower, as well as mounting antitrust scrutiny from lawmakers and regulators.

So what’s really going on? Is the name change meant to be a distraction from its bigger problems? A sign of more company changes to come? And when did Facebook first come up with this idea?

There’s still a lot we don’t know, including what exactly Facebook’s new corporate name will be. The Verge indicated it will connect to the company’s focus on the “metaverse,” a developing digital platform enhanced by augmented and virtual reality where people interact through digital avatars.

“We don’t comment on rumor or speculation.” said Facebook spokesperson Joe Osborne in response to Recode’s questions about the company.

But one thing this rebrand makes clear is that despite the massive challenges Facebook is facing, it isn’t slowing down or staying in a defensive crouch. It still has its sights set on expanding its domination and world-building, which is what it’s trying to achieve with its metaverse plans.

Rather than announcing serious reforms in response to the whistleblower’s revelations, CEO Mark Zuckerberg has made no apologies. Instead, he and his company have dismissed the whistleblower’s complaints and evidence, and are plowing ahead with a longstanding plan to turn the science-fiction concept of a metaverse into a business reality.

Do you work at Facebook and have thoughts about what’s going on at the company? Get in touch with Shirin Ghaffary confidentially at shirin.ghaffary@protonmail.com, Signal number available upon request.

For Facebook, this isn’t a new idea. Zuckerberg sees the metaverse as the next phase of major technological innovation akin to the invention of the internet or mobile phones.

The CEO told journalist Casey Newton in March that Facebook will be a metaverse company — not a social media company — in the next five years. The company recently announced 10,000 new hires in the EU who will work on the metaverse. And this reported name change shows that Zuckerberg will reorient the entire Facebook brand around it. The name change could also help Facebook distance itself from the baggage associated with its main product as it builds out its shiny new metaverse-related products, like Oculus headsets and other AR/VR wearable devices.

Some Facebook critics have argued that a splashy new name serves as a convenient media distraction from the deeper issues at hand — comparing the strategy to that of tobacco giant Philip Morris changing its name to Altria in 2001 or British Petroleum to BP Amoco in the late ’90s and then BP in 2001.

“Faced with a tsunami of evidence of irresponsible behavior and possible criminal violations, Facebook is desperate to change the subject,” Roger McNamee, an early investor in the company who has become one of the company’s most vocal critics, told Recode. “Journalists and policymakers need to remain focused on the crime scene, not the arm-waving.”

Usually, corporate name changes for a company of Facebook’s size require long-term planning and strategizing, so it seems unlikely that the company came up with the idea overnight — although it’s plausible that recent events could have sped up a decision already in the works. Facebook has struggled with its brand’s appeal since long before the Haugen testimony.

And so far, the reported name change is only prompting more scrutiny and is seeming to provoke some legislators’ ire, such as Sen. Marsha Blackburn (R-TN). Blackburn co-chairs the influential bipartisan Senate Commerce subcommittee that has been leading an investigation into the recent whistleblower’s claims; she tweeted on Wednesday that Facebook changing its name “doesn’t make a difference until they change their habits of prioritizing profit over the well-being of children.”

As the world waits to learn more about Facebook’s rebrand, a key detail to watch for is whether there will be actual structural change to the company. When Google restructured its business lines under the umbrella of Alphabet in 2015, it was intended in part to let co-founders Larry Page and Sergey Brin take a step back from the company’s search business and instead focus on its more experimental innovations. While Zuckerberg has given no indication he plans to do the same, people will be watching to see if any kind of organizational or leadership change comes with this rebrand.

In the meantime, these reported plans signal that no matter the reputational hits it’s dealing with, Facebook won’t be deterred from pursuing its business goals. Despite all its public scandals, the company is still wildly financially successful, raking in tens of billions in revenue each quarter. And while Facebook’s shares took a notable 5 percent dip shortly after the whistleblower went public and an unusual network outage, the price is already bouncing back, and analysts expect another strong earnings report next week. That success seems to give Zuckerberg a mandate to further his ambitious agenda — which right now doesn’t seem to be fixing Facebook’s messy reality today, but building out a whole new one for tomorrow.