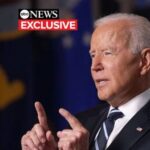 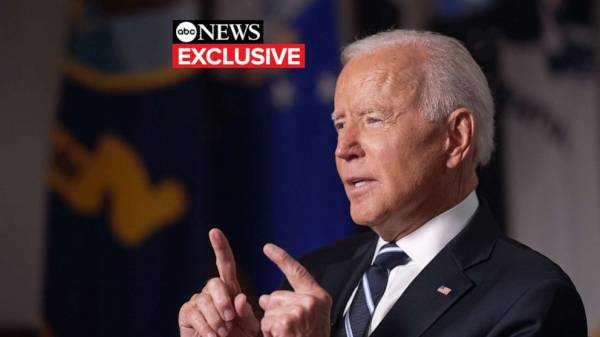 In an exclusive interview with ABC News’ George Stephanopoulos, and the president’s first since the fall of Afghanistan to the Taliban, President Joe Biden stood firm in his defense of the United States’ withdrawal, but asserted for the first time that he believes the chaos was unavoidable.

“So for you, that was always priced into the decision?” Stephanopoulos asked.

“Yes,” Biden replied, but then amended his answer.

“Now exactly what happened, I’ve not priced in,” he said. “But I knew that they’re going to have an enormous — Look, one of the things we didn’t know is what the Taliban would do in terms of trying to keep people from getting out. What they would do. What are they doing now? They’re cooperating, letting American citizens get out, American personnel get out, embassies get out, et cetera, but they’re having — we’re having some more difficulty having those who helped us when we were in there.”

Biden’s decision to withdraw has led to scenes of pandemonium in Afghanistan, with as many as 11,000 Americans and tens of thousands of endangered Afghans scrambling to evacuate the country. Scenes of civilians swamping planes on the runway at the Kabul airport, desperate for escape, have triggered bipartisan criticism that the Biden administration handled the hasty exit poorly.

Biden grew defensive when Stephanopoulos referred to the scenes of distress.

“We’ve all seen the pictures. We’ve seen those hundreds of people packed in a C-17. We’ve seen Afghans falling –“

“That was four days ago, five days ago!” Biden interjected.

“What did you think when you first saw those pictures?” Stephanopoulos asked.

The U.S. said late Tuesday it has successfully evacuated 3,200 people from Afghanistan, including all U.S. Embassy personnel, except for a core group of diplomats at the Kabul airport. Officials have said they hope to ramp up to being able to evacuate 9,000 people each day.

But the U.S. government is not currently providing American citizens in Afghanistan with safe transport to the airport, and it remains unclear how many will be able to safely reach the airport, as Taliban checkpoints continue to harden.

Despite the reality in Afghanistan, Biden was adamant in defending his decision.

“When you look at what’s happened over the last week, was it a failure of intelligence, planning, execution or judgment?” Stephanopoulos asked.

“Look, it was a simple choice, George,” Biden said. “When you had the government of Afghanistan, the leader of that government, get in a plane and taking off and going to another country; when you saw the significant collapse of the Afghan troops we had trained, up to 300,000 of them, just leaving their equipment and taking off — that was, you know, I’m not, that’s what happened. That’s simply what happened. And so the question was, in the beginning, the threshold question was, do we commit to leave within the timeframe we set, do we extend it to Sept. 1, or do we put significantly more troops in?”

Biden noted that violent attacks in Afghanistan had paused in recent months due to a deal negotiated by the Trump administration with Taliban leaders that was predicated upon an eventual U.S. withdrawal.

“I had a simple choice. If I said, ‘we’re gonna stay,’ then we’d better be prepared to put a whole lot hell of a lot more troops in,” he concluded.