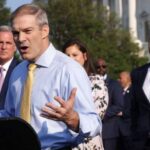 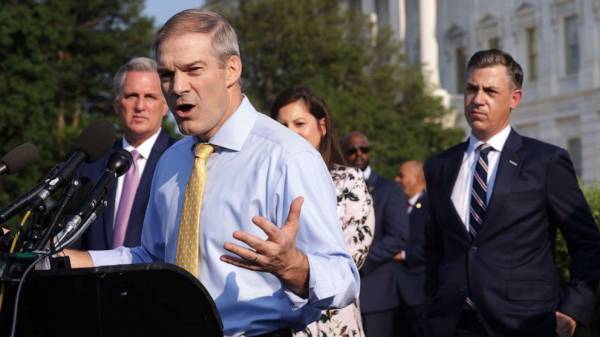 The House select committee investigating the Jan. 6 Capitol attack is seeking email and phone records of some GOP lawmakers, former President Donald Trump and members of his family as it works to investigate the riot and efforts around Trump administration to reverse the presidential election results.

The panel on Monday sent preservation requests to 35 email, telecommunications and social media companies, asking they save records related to the Jan. 6 attack, the ‘Stop the Steal’ rally outside the White House, and planning around challenges to the election results on Capitol Hill.

The recipients include Verizon, AT&T, Twitter, Google and Yahoo, along with social media and networking platforms such as Twitter, Reddit, Parler and Gab. The panel also sent letters to Proton Technologies and Signal, which operate encrypted email and messaging platforms.

“As Chairman Thompson previewed last week, the Select Committee today sent letters to 35 private-sector entities, including telecommunications, email, and social media companies, instructing them to preserve records which may be relevant to the Select Committee’s investigation. The Select Committee is at this point gathering facts, not alleging wrongdoing by any individual,” a committee spokesman said in a statement.

While the requests do not single out any lawmakers or members of the Trump family by name, the committee is focusing its inquiry on Republicans closely associated with the ‘Stop the Steal’ effort and who spoke at the rally on the morning of Jan. 6, according to a committee source.

Saul Loeb/AFP via Getty ImagesSupporters of President Donald Trump, including Army and Navy reserve veteran and Oath Keeper member (center right with helmet) Graydon Young, enter the US Capitol’s Rotunda on Jan. 6, 2021, in Washington. Young was arrested in connection with the Capitol riot.

Chairman Bennie Thompson, D-Miss., recently told reporters that the committee is focusing on “several hundred” people of interest to their investigation, including members of Congress, the Trump administration and members of the president’s family.

The request – which could eventually be followed by subpoenas to compel production of the records – follows similar letters sent to eight government agencies last week to preserve Trump-era records of interest to the panel’s inquiry.

On Friday, the committee sent requests to 15 internet and social media companies, for records and data relating to misinformation about the 2020 election and efforts to overturn the presidential race.

Republicans bristled at the possibility of Democrats seeking the records of their GOP colleagues. Rep. Jim Banks, R-Indiana, a member of GOP leadership who House Speaker Nancy Pelosi, D-Calif., blocked from serving on the select committee, accused Democrats of “weaponizing” congressional oversight against Republicans.

“They have done irreversible damage to American democracy, and they must face consequences,” he said in a statement.

Previous : Biden ends war with ‘heartbreak’ and little hope: The Note
Next : Llama-geddon is Upon Us: Geronimo the Alpaca Confirmed Dead by Defra